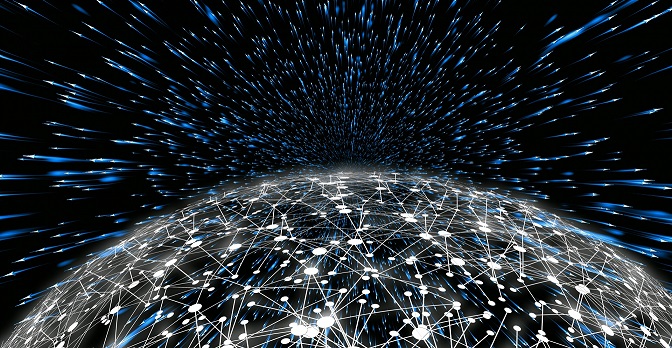 Networking plays a major role in everyone’s life, from smart devices and mobile phones to laptops, everything is connected to a network. A computer network enables us to share information or data in both wired and wireless. Applications like email, instant messaging, file sharing, Wifi hotspots, wireless modems and many more depend on networking. A common example of networking is the internet that connects millions of people from different parts of the world.

Have you checked out our projects on Networking yet?
Networking Kit will be shipped to you and you can build using tutorials. You can start with a free demo today!

Networking or computer networking is a collection of servers, computers, mobile devices, peripherals, etc. interconnected to other devices for sharing information or data. Thus it helps businesses, service providers and consumers to share information worldwide. There are different types of networks used for various purposes by different people and organizations. Below are some network types:

1. Local Area Network - It is used in places like schools, homes and offices that connect devices within a limited area. This is one of the most common and simplest types of network.

2. Personal Area Network - This is the smallest network that is used by one or two persons. It is created by connecting mobiles, printer, hard disk, laptop to a WiFi modem. This type of network is found in residences and small business spaces.

3. Wide Area Network - You can say the internet as an example for WAN. Basically it functions like LAN but expands for a larger geographical area.

4. Metropolitan Area Network - MAN stands between WAN and LAN. This type of network stretches across a geographical area similar to a city or town.

5. Wireless Local Area Network - It functions like LAN but makes use of wireless technology to avoid the usage of traditional cables.

These are some of the major types of networks used around the world.

Want to develop practical skills on Networking? Checkout our latest projects and start learning for free

Get your Networking Course Free Demo

IP Address: It is also known as logical address that acts as the system’s network address across the network. IANA (Internet Assigned Numbers Authority) assigns IPv4 address as a unique identifier to each and every device on the internet. This is done to identify devices in the world-wide-web.

MAC Address: Media Access Control address also known as the physical address is given by the manufacturer to a network adapter. MAC address is unique for every device.

Protocols: It is a set of rules that provides the standards for electronics devices to communicate with other devices. In the world of technology, there are millions of devices that communicate with different devices in different languages so these set of rules (standards) decides the way our devices process the data. Following are the different protocols that play a major role in communicating with various devices across the network:

Firewall: As the name says it acts as a wall and prevents both incoming and outgoing of the unwanted traffic. It works by creating rules for which type of traffic is acceptable on which ports.

You can learn from experts, build working projects, showcase skills to the world and grab the best jobs.
Start Learning Networking today!

List of networking mini projects for ECE, CSE and IT

This section gives you a list of networking projects for students from ECE, CSE and IT branches. You can develop these projects during your academics to develop your networking skills.

2. Home Automation system using Wi-Fi: As part of this networking project, you will develop a home automation system through which you can control the home appliances remotely using your mobile phone or laptop.

3. Provable security for Cryptocurrencies: Cryptocurrencies became popular after the hype created by bitcoins. It uses blockchain technology to make transaction safely without any middleman or a central body. In this networking project, you will analyse the peer-to-peer network to make it safer.

4. Wireless Weather monitoring system using Raspberry pi: In this networking project, you will learn to work with Raspberry pi and DHT sensor. You will learn to install raspbian OS and connect the sensor in a wireless network to transmit the details of the surrounding network.

Explore more about this mini project

6. Smart Traffic control system: In this networking project you will control the traffic lightings that are connected in a network. You will develop this project using the Arduino Uno board and IR sensors to control the traffic signals based on the data.

7. Smart energy meter for homes: This networking project helps you to track the usage of power in houses. It tracks the power consumption and stores the data in the cloud for future analysis and also sends a notification to your mobile via SMS when the power consumption crosses a certain limit.

8. Vehicle tracking system with the help of GPS: You will develop a vehicle tracking device as part of this networking project to prevent vehicle theft. You will integrate GPS and GSM module to track the location of the vehicle. You can also make the device to notify you via SMS when the vehicle crosses a certain distance.

Explore more about this networking project

10. Wireless sensor network for military application: This networking project focuses to detect the enemy activities in an enclosed area. With the help of sensors equipped in the military vehicles, weapons, gadgets used by soldiers, etc. a grid is created to detect the enemy invasion.

Check out the below list for more interesting networking projects:

Hope you got some good list of networking projects. If you have any suggestions to improve this article put it in the comments below.