Mechatronics VS Robotics - What is the difference? 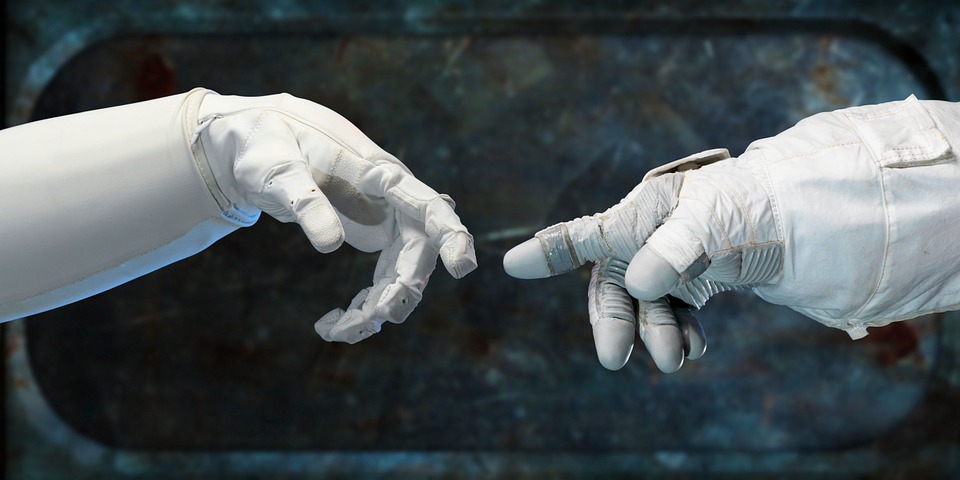 Nowadays, mechatronics and robotics are the areas which are booming. But it confuses many of them to choose the best one for them. In this article, you will be explained the basic differences in between these two streams and also as a bonus tip you will be provided with project ideas to make you understand. Let’s jump to the topic right away with no delay.

Robotics: It is an interdisciplinary branch which deals with a lot of subjects such as mechanical, electronic computer science and information engineering. It also deals with design, operation, construction and use of the robots and sensors for information and feedback and also the processing of information. The word robotics is translated from Robota (Czech word) meaning forced labour by Karel Capek in the year 1923. These days robots are used maximum every field like medical, defense, industries, etc.

Have you checked out our projects on Mechatronics yet?
Mechatronics Kit will be shipped to you and you can build using tutorials. You can start with a free demo today!

Now as you know the minimum introduction about the two different streams, we can now discuss choosing one.

As said above, Mechatronics engineering includes the designing of the autonomous electronic devices like robots, copier, etc. it is the combination of mechanical, computer Information and electronic technologies. It deals from the starting i.e. designing of the device and to the last stage i.e. perfect working of the device you have designed. We can consider a robot as an example of a mechatronics project. Other examples like cars, automation systems, etc. If you are planning to work in the field of designing and developing autonomous machines, then mechatronics will the best choice for you. Besides, there is no dedicated graduation degree for robotics, if you want to pursue and work in robotics you have two options,

Want to develop practical skills on Mechatronics? Checkout our latest projects and start learning for free

So as promised I will furnish a list of ideas for mechatronics and robotics. For performing this project, you don’t have to be good in coding and hardware related as they are totally explained in the course itself. Any graduate can learn these and these projects will be as an added advantage in your career.

By performing the animatronic hand project, you will mimic the movements of human beings. This project will help you in understanding how to design a hand, making connections with sensors and also coding it.

While performing Robotic-arm project, you will build an arm which can be used for picking and placing an object. This is a prototype of the arm that is used in the industries. In this mechatronics project, you will learn how to design and construct the robotic arm. You will also interface this arm with Bluetooth so you can control it with your mobile phone.

In this project, you will build a 6-legged robot. It is used in the places where the surface is not so flat and also for climbing mountains etc. you will also interface this project with a Bluetooth module to control the Hexapod with your mobile.

Ever wondered how robot sense the surrounding environment? There are many ways to make a robot gather the information from its surroundings one method is sensors. In Sensor Guided robot project, you will build a robot and integrate IR sensors with it to perform autonomous functions. You will make 3 different robots. They are Obstacle follower, Obstacle avoider and line follower.

In Mobile Robotics, you will build a robot and control it using a mobile phone. It will use the technology of DTMF tunes to control the robot.

In time, we all imitated or thought of becoming a spy. This Surveillance robot brings the spy out from you. In Surveillance robot project, you will build a robot which will go to different places that you want it to go (you will control the robot using the laptop) and get live footage on your laptop screen. You will learn extra technologies like OpenCV, etc.

In Gesture-based robot, you will build a robot which will make its movement concerning the sensor position. For example, if you tilt your hand forward (i.e sensor) the robot moves forward, similarly in all the directions.

In the voice-controlled robot project, you will build a robot and integrate it will the google speech so you can control the robot by the speech. For example, if you say forward the robot will move in the forward direction.

In firefighting robot project, you will build a robot which will sense the fire and try to put the fire off by rotating a fan with high speed. You will interface the IR sensors and also use different Integrated circuits while doing this project.

Enrol Now to learn both the technologies!

Mechatronics VS Robotics - What is the difference?