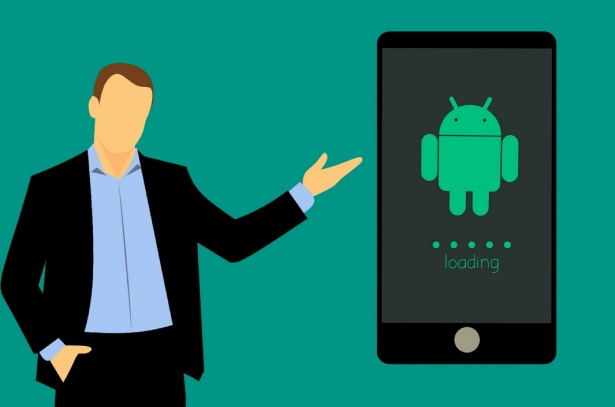 Android is a widely popular mobile operating system built mainly for gadgets such as smartphones and tablets. The terms Android refer to a robot that acts and looks like a human. Unlike, the operating system of Apple(iOS), Android is open-source which allows developers to modify and customize it accordingly. This makes the efforts flexible for developers to have different Graphics User Interfaces with the same operating system for different phones. Android is based on Linux kernel and its programs are written in Java language and run through JVM optimized duly for phones and tablets.

How can one learn Android?

To learn Android Development, it's imperative to have a basic understanding of Java Language followed by Kotlin. Java is one of the most widely used programming languages. It is used everywhere from Machine Learning to databases and from simple programming to code APIs. Even, most of the android libraries and apps are written in Java only. Along with this, the knowledge of XML (similar to HTML) comes handy for layout and User Interface which includes everything we can touch in an app such as buttons, menus, forms, sliders.

One can download and install an android studio in any operating system of a computer.

Also, you can learn Android with the help of Google through android documentation, and this is one such arena where there’s no end to learning. One just needs to brainstorm different ideas and go beyond one’s thinking horizons by taking initiative for ideas of the android project.

Today, mechanical devices involve electronics as well as programming. Developing an application to control a robotic arm can be a great idea for Android Developers. They will learn the concept of industrial robotics through two different innovative mechatronics projects. The first one will build is the robotic arm, which has 3 degrees of freedom and can be controlled by a smartphone using an Android App.

In this android project, you will learn to build a two-legged robot or a biped walking robot that will have six degrees of freedom with a hip, knee & foot and mimic the walking action of humans.

4. SMS sender android application: In this android project, you will learn to develop an android app without any coding to send SMS from your smartphone.

5. Location finder android project: Through this android project, you can able to find the location by giving the latitude and longitude coordinates.

6. Find me on map android application: With the help of this android project, you will develop an application that takes input from the GPS of your mobile phone and displays your current location.

7. SOS android app: With the help of this android application, you can able to send coordinates of your location through SMS during the emergency.

8. Tourist Guide android application: This android project is developed keeping in mind the travel enthusiasts. This allows the tourist to explore the city and unravel unknown territories. The requirement for this includes programming language - Java, XML, any operating system, Android Studios or Eclipse IDE, smartphone, a USB Cable for connecting the phone to PC.

You can also check the Below listed Android projects for beginners:

What are the advantages of Android?

Advantages of Android are listed as follows:

According to a recent survey, 87.7% of the smartphones in the worldwide run on Android which is expected to be more in the coming years.

With the surge of digitalization, which has resulted in the success of app-driven companies, there's more and more demand for Android Developers. A career in Android Development is not only the most sought after but also a challenging one.

With incoming technologies like Artificial Intelligence, Augmented Reality/Virtual Reality and IoT, Android Developers can now integrate these onto various existing applications on the Android OS, creating the future apps ranging from entertainment to commercial that people can easily access for information, transaction or any other concerned activities.

In the last decade, with the emergence of technology and its rapid developments have made smartphones to be a huge bank of personal data. One of the immediate challenges for Android Developers remain to provide security systems. It's absolutely necessary to prevent the loss of personal data for people belonging to worldwide.

Evidently, the role and demand for Android Developers will increase with the launch of mobile handsets at such a frequent rate by top tech companies. India, as a country is one of the predominant users of technology. Top tech companies have a great market share for consumers in India.

Developers can use the Android Software Development Kit and pay only once for the registration fee. This gives them further access to develop multiple apps. This is a high return on investment at a low cost.

With time, there will be more and more demands for various mobile applications catering to different areas such as education, entertainment, healthcare, governance, etc. Android OS caters to a larger audience and this provides an ample opportunity for various Android Developers to develop a myriad range of apps and target worldwide users.

Beginners can learn to develop Android apps without coding. They can enroll at the online portal of Skyfi Labs, go through the android project to learn Android with no prior programming experience. It provides video lectures, tutorials, and quizzes along with the practical sessions.