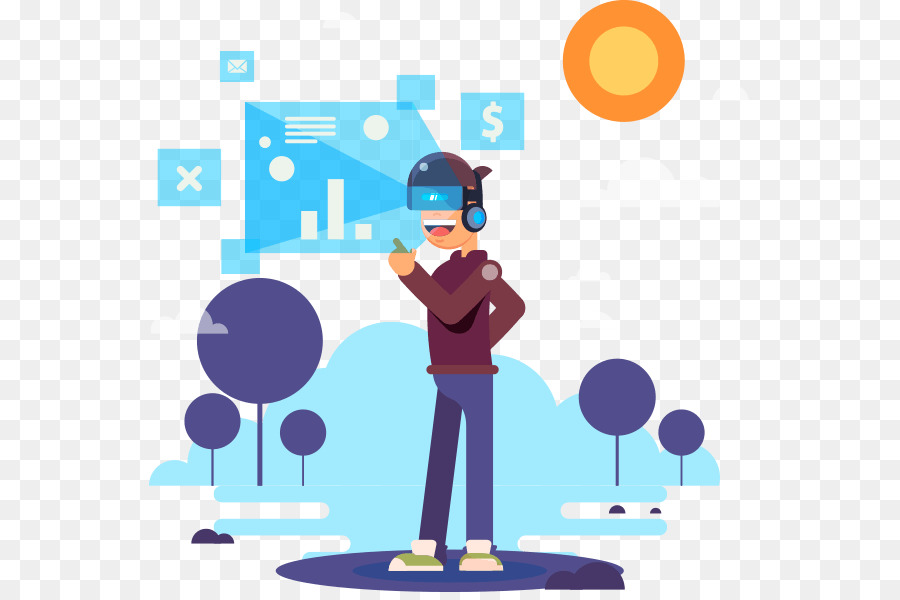 It is usual that we sometimes feel mobile phones are the "pain in the neck". But the magnitude of benefits we receive from it is huge. The technology that gives solutions and uses real-time problems and situations always never get a fall short from us. One such technology is Augmented Reality. Imagine a device that displays you all the information when you just place it before an object or a place you want to know about. This is one of the few possibilities done through this technology. It has already gotten into our lives through mobile game apps like Pokémon Go which made people stride and run alongside the streets to catch Pokémon in the real world. Let us dive in to know more about Augmented Reality, where it is used, best online Augmented Reality courses, and Augmented Reality projects for beginners.

What is Augmented Reality?

The term Augmented Reality is often referred simply as AR. It is the correlation between the real world and the computer-generated virtual world. The augments technology adds the extra layers of digital information to the real-life subject which is captured in either camera or video. Sports lovers have already experienced this technology when the sponsor's logo pops up all of a sudden in the cricket playground when the match is going on. This is just the basic possibility of Augmented Reality. With the advent of current technology, and gadgets it is way more possible than just displaying logos and capturing Pokémon which goes on loose on streets.

Where is Augmented Reality used?

Over the last few years, Augmented Reality has already become the come of age. For instance, the cool Snapchat filters are one of the examples for this technology. But it is not stagnant at this level just using the filters in mobile phones. Through its varied usage, it has become a promising technology for the general public and in the industries. Here are a few platforms where Augmented Reality is used:

1. Medical Training: This proves that AR is not just used in the entertainment field but also used in various fields for the betterment of the people. This technology is used to train medical students through AR headsets to learn more precisely about the anatomy of the human body without the dissection of a cadaver. It is not only used to teach students but also used during surgeries. It makes invasive surgeries safer without using invasive probes and cameras.

2. Car Services: Car mechanics get into this game of Augmented Reality. Service engineers use ODG smart glasses to get real-time assistance. Through live guides, documents and video tutorials, the mechanic guides the remote staff while they work on the car. Porsche has made this into reality and practices it to provide fast and efficient services to its customers.

3. Helmets in F-35 Planes: The helmets used by the pilots inside a fighter plane F-35 uses this technology which is one of most expensive helmets. it provides the footage of the external cameras of the plane to the pilot. It gives the 360-degree view of the surrounded areas of the plane to eliminate the blind spots. It has the zooming option where the pilot can zoom in any particular area to view and is even notified by the system when a threat is found.

4. Television Broadcasts: Television Broadcasting of weather reports of sports events coverage are some of the earlier examples of AR. It is also in educational documentaries and in news reporting to cover and make the general public understand the unusual information and things that are difficult to the lay man's understanding.

5. In Classrooms: Visual education is always a better way to teach and engage the kids in the best way possible. Educational institutions are slowly getting AR into classrooms to make the kids learn in a fun and real-time.

6. Interior Designing: It is no surprise that AR found a room in the field of architecture too. It is great in the process of planning a building. It allows us to visualize the building and the entire structure using headsets and tinkers.

7. Mobile Game Applications: As it is already mentioned, mobile game applications like Pokémon Go and Snapchat filters are already popular using this AR technology. This had even made the people run into streets and every nook and corner of their houses to catch their favourite animation characters.

Augmented Reality is one of the sought out skills for an engineer who learns about Game development, education and healthcare. This course lets you learn about the basics of AR and the difference between AR, VR and MR. Industry-wide used tools like Vuforia and Unity are used to learn the basics of AR. As a part of this course, you will get to develop many projects such as Vuforia Cloud Recognition App, Smart Business Card and developing a simple game.

If you are a big fan of Pokémon Go and want to create a similar game, then this course would be the right choice for you. In this Augmented reality online course, you will get to learn the basics of AR, the difference between AR, MR and VR. You will also learn the basics of game development and applying AR in it. This course also acquaints you with some advanced concepts such as Pose Estimation, Dynamic Mapping, and creating Art Terrain for the AR game.

Unity is one of the great industry-wide used tools by developers worldwide. Learning Unity definitely adds weightage to your profile. This online course on Augmented reality will get you to learn about many game components, materials, prefabs and so on. This course lets you cover the C# programming, Creating Scenes and Levels, 2D and 3D Game development, and eventually, you get to publish your game on Playstore and Facebook.