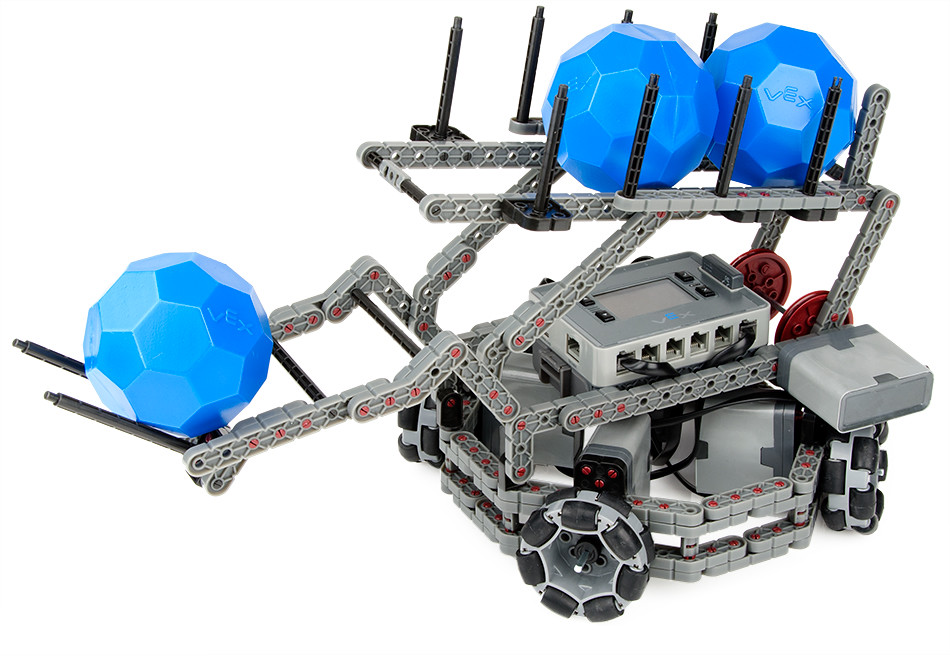 "When Robot mind is mastered, undisciplined thinking ceases and is replaced by awareness. Awareness can know love"

Robots have been and still are the most talked topic nowadays,  everyone wonders If Robots could rule the world in the future? or would they dominate mankind? But, no doubt if we ignore the wrong that may happen by encouraging the growth of robots and focus on everything good that can happen, then robots can be a boon to mankind in performing all types of complex and time taking tasks. That's the main point of learning Robotics nowadays! Everyone wants to get into a field that has a demand in the future. So, let's start from scratch and learn about the good capstone robotics projects that you can make.

Robots, as defined by the search engine is a machine resembling humans and which can replicate certain human movements and works.

Do robots have types?

Yes, Robots also have different types and they are:

They can carry high payloads using their structures.

If combined with a rotational joint, two rotatory joints, and a linear joint, the spherical robot operates in a polar coordinate system.

These are popular options for small robotic assemblies.

So, Let’s look at some good robotics projects that you can do!

Below are some Good capstone robotics projects:

Have you ever seen machines and robots imitating humans or animals? Well! this is known as Animatronic Hand.

This capstone project will teach you how to create and control a machine by your fingers, hands or even facial muscles.

Animatronics is one of the most interesting parts of robotics where the robot can copy even facial expressions and walking style.

In this robotics project, you will build an animatronic hand that copies the motion of your hand.

The ability of any machine to understand human voice and act accordingly is known as speech recognition or voice recognition. In this capstone project, you will develop a robot which can be controlled with your voice commands.

With the increasing sources and apps of sharing files and folders the use of Bluetooth is becoming limited to connecting with speakers and small households.

But, that's not the only place where the use of Bluetooth is limited, this Bluetooth technology can also be used for the working of Robots. In this capstone robotics project, you will develop one such robot which can be controlled over Bluetooth.

A robot that walks on 6 legs is called "Hexapod". Since it has 6 legs, therefore, it can walk on rough and rocky surfaces with more grip.

Those 6 legs are its plus point concerning the other robots.

Hexapods are widely used for space exploration purposes. Because of its advanced motion technology, it can able to access all the terrains. In this capstone project, you will develop a hexapod which can be controlled over Bluetooth.

How easy would have been life If we could control each and everything with just making certain gestures?

Well, we can’t guarantee you to control each and everything but yes you can control a robot with gestures.

This is the speciality of this robot, and that’s how its name has been kept “Gesture Robot”.

This capstone project allows you to develop one such robot which can be controlled using your hand gesture.

Well you can also make one it’s a bit tough but someone has very rightly said-consistency is the key!

Edge detection robots are the robots that identify the edges of tables and adjust themselves automatically. This will be the best choice for your capstone project.

In today's world, we cannot imagine our lives without the internet and Wi-Fi.

There are millions of devices that run on Wi-Fi today, then why not apply the same to the Robots.

In this capstone project, you can learn about how to use and control a robot with the help of wifi and will be working on your laptop.

This is also how you can learn about wireless communication with Robots.

With the passing days and increasing, technology robotic projects are getting smarter and smarter day by day.

Robots are bringing a drastic change in the present industries.

Maze solver robot involves the development of programs and logic that will help the robot in solving the maze by itself.

This is how machines are trained to perform complicated tasks.

Robots unlike watchman won't sleep at night either can they be tamed.

So, robotics projects with eyes that are surveillance robots can be best for taking footages of a particular location.

Surveillance robot that can be controlled from a remote location and can capture live video footages.

Hope you got some good capstone project ideas from this article. Try to implement those projects in real-time and watch it working.

How to make your first Robot?
How to get started in Robotics through Project-based Courses?
What are some of the basic sensors used in Robotics?
Top 9 Capstone Projects on Robotics (Videos Included)
10 Simple Robot Operating System(ROS) Projects for Beginners
5 Cool DIY ROS Robotics Projects