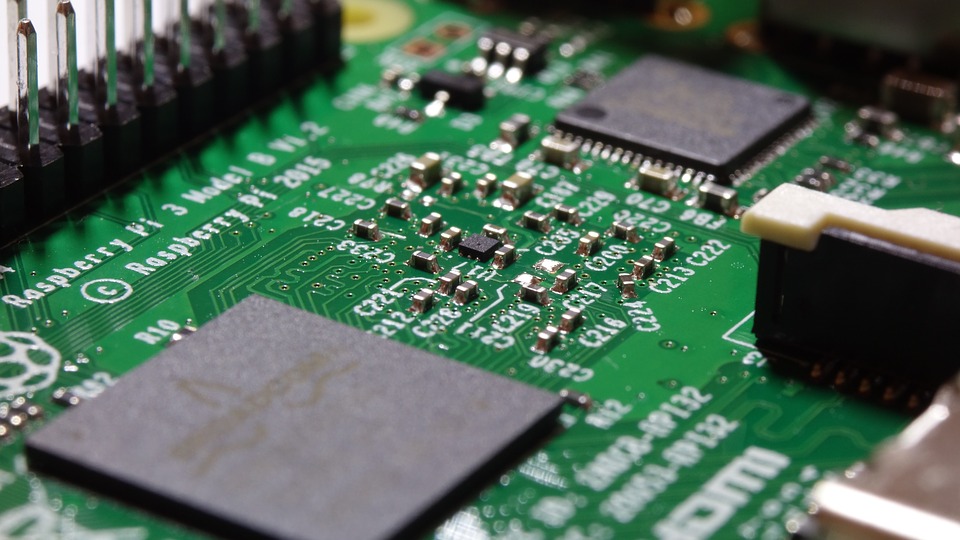 In this article, you will get to know everything interesting and important about Raspberry Pi from the final year project point of view. Raspberry Pi is a miniature card-sized single board computer with all the capabilities of a computer. It can perform incredible operations when used in projects as a single component example FM Radio station and can also be used as a component with other technologies like IoT. If you are an engineering student from CSE or ECE background and willing to find a way to work things out for your final year projects then you are on the right page and reading the right content. Initially, Raspberry Pi was designed with a view of educational projects but due to its vast applications in almost every field is now constantly being used in the commercial sector as well.

What is Raspberry Pi?

Raspberry Pi has vast applications like media centers, game controls, FM radio, home automation and even as a router. It can also be implied in many of the final year projects for engineering students to develop some cool stuff. Raspberry Pi has the capability to convert a zero-level project to a hero level final year project. With Raspberry Pi, you can develop anything and everything from tablets, robots, smart devices, home automation remotes to intelligent cameras, surveillance detectors.

IoT has reached its present extent of use because of the application of Raspberry Pi. Since IoT projects require a microcontroller to process data and Wi-Fi to send data to the internet, Raspberry Pi appears to be just the perfect component for this task.

There are different types of Raspberry Pi available in the market. Some of them are listed below:

Raspberry Pi 3 Model B being the latest consisting of a Broadcom SOC, HDMI port, ethernet port, USB port and a combined port for both audio and video.

Difference between an Arduino and a Raspberry Pi?

Raspberry Pi and Arduino UNO are two different technologies capable of doing different yet interrelated work. This section on the difference between Arduino and Raspberry pi will help students to select wisely between Arduino or Raspberry pi for their projects. Sometimes it seems that both can do the same work, to some extent it is true also. Arduino may be called the smaller version of the raspberry pi. It has much fewer capabilities than raspberry pi. On a broad categorization, Arduino is a microcontroller used to execute a single program at a time. On the other hand, Raspberry Pi is a mini-computer working with Linux based OS with the ability to execute multiple projects simultaneously.

Simply put, An Arduino Board is best suitable for projects involving simple working like opening a closing a switch, recording temperature, etc. On the other hand, Raspberry Pi can do the work of an entire computer and is involved in robots performing multi-tasking. 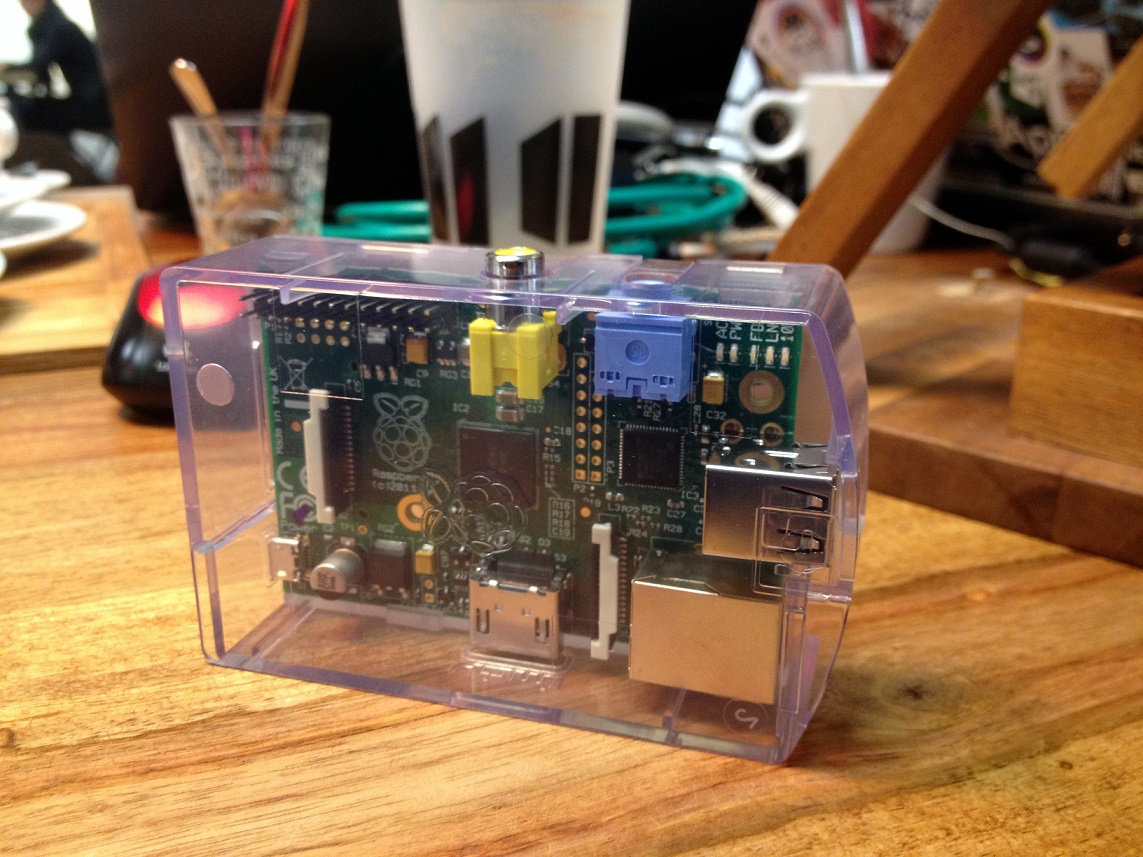 Raspberry Pi is one of those technologies developed in the last few decades that can be molded and used according to the wish of the users. It is very flexible. Not only beginners learn to work with it at a fast pace but also the programmers find it easy to adapt to. Many projects have come up in recent years by the final year students as their major or minor projects, in which they have developed various devices using Raspberry Pi. The affordability and capabilities of technology have made it popular.

Some of the applications of Raspberry Pi are as follows:

Raspberry Pi has a huge application as we have been discussing so far. Some of the Raspberry Pi final year projects are:

1. Raspberry Pi based Weather Monitoring System: With the simple application of raspberry pi in this project you can monitor the weather, for example, you can design to the system to automatically switch off the fan or increase AC’s temperature if the atmospheric temperature goes beyond the temperature specified. All the data can be collected and stored to reach optimum results. We can also implement IoT in this project.

2. Surveillance Robot: In this Raspberry Pi project you will learn to build a robot that can inspect the area and transmit live video footage over the internet. You can also control the robot by giving instructions from a remote location.

3. Surveillance Camera: As part of this Raspberry Pi project you will learn to develop a surveillance camera that monitors your assets 24x7 remotely. By developing this project, you will learn about image processing and its algorithms, raspberry pi architecture and python programming.

4. Raspberry Pi Robot: Robots are used to perform tasks that are risky for humans. In this raspberry pi final year project, you will develop one such robot using Raspberry Pi as the brain of the robot. You will use the python program to control the robot using a laptop.

5. Raspberry Pi based Automatic Plant Watering System: This final year project deals with the objective of making an automatic watering system for fields or plants at home. This electronic device would water the plants when the moisture content of the soil goes beyond a specified moisture level. This can be done by simply connecting Raspberry Pi in such a way that it switches on the water pump on receiving the signal. The moisture of the soil can be recorded using a soil moisture sensor which is to be connected to the Raspberry Pi to collect data and send it to the microcontroller. Raspberry Pi will then send the data collected to the cloud for storage and analysis through Wi-Fi communication.

6. Raspberry Pi based Smart Water Monitoring System: This final year project is to develop an electronic device to monitor the water usage and detect faulty leakages. It can be easily achieved by connecting a water flow sensor with the Raspberry Pi. The water flow sensor is fitted along the water pipe. The sensor monitors the water flow in the pipe and collects real-time data and sends it to the Raspberry Pi for processing. You can also upgrade the device to send a notification to the user in case of water leakage.

7. Raspberry Pi based Automated Street Lighting System: Using Raspberry Pi in integration with LDR (light dependent resistor) this final year project aims to develop an electronic device to automatically control the street lights based on the requirement. This is done by sensing the sunlight using LDR. Whenever the sunlight intensity goes beyond the certain specified level the street lights get switched ON automatically. Later this information can be properly analyzed using cloud computing and IoT.

8. GPS Based Location Tracker using Raspberry Pi: This Raspberry pi project serves as the most thrilling final year project. You can locate your lost vehicle or anything with the sensor attached using this electronic device. The device is integrated with a GPS, Wi-Fi Module, Wi-Fi network Source, and Raspberry Pi. This system can send the latitude and longitude of the vehicle which is processed by the Raspberry pi to obtain the exact location of the vehicle. One can even use this tracker to keep a check and spy on whom you have lent your vehicle.

You can also look into various Raspberry Pi based final year projects here.

If you know any other good final year project topics on Raspberry Pi, let us know in the comments.