Automation is a technology through which a procedure is executed with minimum human involvement. It helps to combine multiple actions into one and carry it out simultaneously. Automation is necessary and advanced technologies related to it are being adopted by many companies. Automation is one of the latest trending technologies in many fields especially in industries like manufacturing, control systems, mining, etc. Hence doing good automation based final year projects can really help you showcase valuable practical skills.

Have you checked out our projects on Automation yet?
Automation Kit will be shipped to you and you can build using tutorials. You can start with a free demo today! 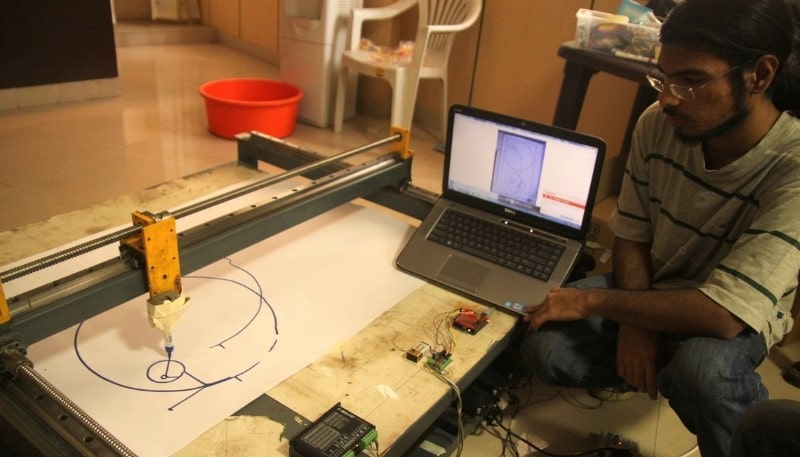 If you’re an engineering aspirant, you probably already know how automation is taking the industrial world by a storm. With the increase in demand for premium quality products, the industries are getting more technologically developed and efficient as the day passes. And Automation plays a huge role in this.

And, in this article, we will answer all your queries related to it. Starting from what are the latest projects you can do on automation, the latest technologies used in automation, to why it is important to build projects based on it, we’ll cover it all.

First, let’s look at some final year projects on automation that you can try immediately and improve your skills.

With the introduction of modern civilization, we are readily losing lots of natural resources. This poses a huge threat in the modern farming. Using this particular IOT project you can achieve an efficient solution to this problem.

Want to develop practical skills on Automation? Checkout our latest projects and start learning for free

The device uses a soil moisture sensor which detects the moisture content of the soil and sends the data to the Arduino. The Arduino then processes the data, and switches on/off the water pump accordingly till the moisture content in the soil reaches its required value. The data collected is sent to the cloud server using ESP-8266 Wi-Fi module for storage and analysis.

Building this project, you will learn more about Automation technologies used in IoT, Arduino programming, Virtuino App development for IoT and its applications.

Nowadays everything is getting smarter - Our cities, our management systems and even our homes. IoT and Automation are changing the way we live. Home Automation using IOT is a trending field as almost all modern houses and offices will be smart in the coming years.

In this project, you will build an electronic device with which you can control all your home appliances using Bluetooth technology.  It can be used to switch ON/OFF the devices by giving commands using an Android App installed on a mobile phone. You will be able to store and analyze the data about the usage of home appliances.

Also, you will gain knowledge on Arduino, it's concepts and programming, Bluetooth technology and concepts and applications of Automation through IoT.

With home automation now reaching greater heights, the way we look smart homes is changing day by day. Smart lighting system inside homes is a crucial part of home automation.

Building this project, you can develop an electronic device that will facilitate the switching on/off of the electrical appliances based on the people present inside the room. The system also records the number of occupants present inside the room and send the data to the cloud, which can be used for analysis.

You will also learn more about IoT, Arduino programming, PIR sensors and applications of automation on smart devices.

You must already be aware of how interesting and trending home automation is. Automation is changing our lives, making not only us, but also our homes smarter and automatic. In the near future, right from the lights in your house to the streetlights, everything will be controlled automatically and smartly.

This course helps you make your first step in that direction. In this project, you will develop a Home Automation System using Bluetooth technology and Arduino. Using this system, you will be able to control home appliances with your Bluetooth-enabled smartphone and a special Android application. The system is fitted with a Bluetooth module, microcontroller, and relay switches to automatically control the appliances.

You will also learn more about Arduino architecture & its programming and applications of Bluetooth communication.

In today’s world saving and utilization of our resources in a sustainable way is of utmost importance. And this project focuses on that aspect.

This is an ideal course for beginners to understand Automation, IoT, Arduino architecture and Arduino programming.

In this project, you will develop a street light controlling mechanism which will switch on/off the lights automatically depending on the intensity of the sunlight at that particular time of the day. Usage of this device will help to save a huge amount of power and make the street lighting system more efficient. The on/off operation will be monitored using LDR (Light Dependent Resistor) sensors. The data sent to the microcontroller will also be sent to the cloud for analysis to gain valuable insights about the energy consumption.

This project is the solution to a dangerous, real-life problem. Accident risks at an unattended railway crossing are very high and every year thousands of lives are lost due to this carelessness.

If you’re interested in Automation, this project is an awesome way to start learning more about this technology.

This project takes the Home Automation a step ahead. In this project, you will build a voice-controlled home automation system to control appliances with your voice through an Android app which you can also modify and add more applications.

Basically, An Arduino Mega board is used for controlling the relay through which an appliance is switched on/off. It also uses Bluetooth with the stored string to give output and control the relay.

With the climatic conditions becoming a big concern among the environmentalists, a device that can monitor and stream the temperature differences in the environment is needed. This project is apt for all the nature lovers out there.

In this project, you will build a device that can stream the temperature differences online. This project has a DHT (Digital Humidity Temperature) sensor which can record the temperature and humidity differences in the environment and sends the data to the Arduino Uno. All the data collected by the microcontroller will be sent to the cloud with the help of ESP-8266 (Wi-Fi module). The user can also analyze the data from anywhere on Earth.

Let’s us now see in brief, how automation works and what are its major applications.

Automation is derived from the word “automatic”, and as the name suggests it is the technique of making a device, a process, or a system operate automatically. Automation is a technology through which a procedure is executed with minimum human involvement. It helps to combine multiple actions into one and carry it out simultaneously.

In 1771, Richard Arkwright invented the first fully automated spinning mill driven by water power, known at the time as the water frame. An automatic flour mill was developed by Oliver Evans in 1785, making it the first completely automated industrial process. And since then, this technology has done nothing but grow.

There are primarily 3 types of automation:

Fixed Automation: It is also known as hard Automation. In this system, a sequence of actions/operations is fixed by the equipment configuration. This form of automation is characterized by high initial investment and high production rates.

Programmable Automation: In this, the system is designed in such a way that a sequence of operations can be changed. In this, the products are made in batch quantities that may range from several dozens to several thousand units at a time. Each batch can be reprogrammed to perform operations for different products. The disadvantage with Programmable Automation is that reprogramming and changing the production equipment for each batch of new product is very time-consuming. This is usually very expensive because of the lost production time. 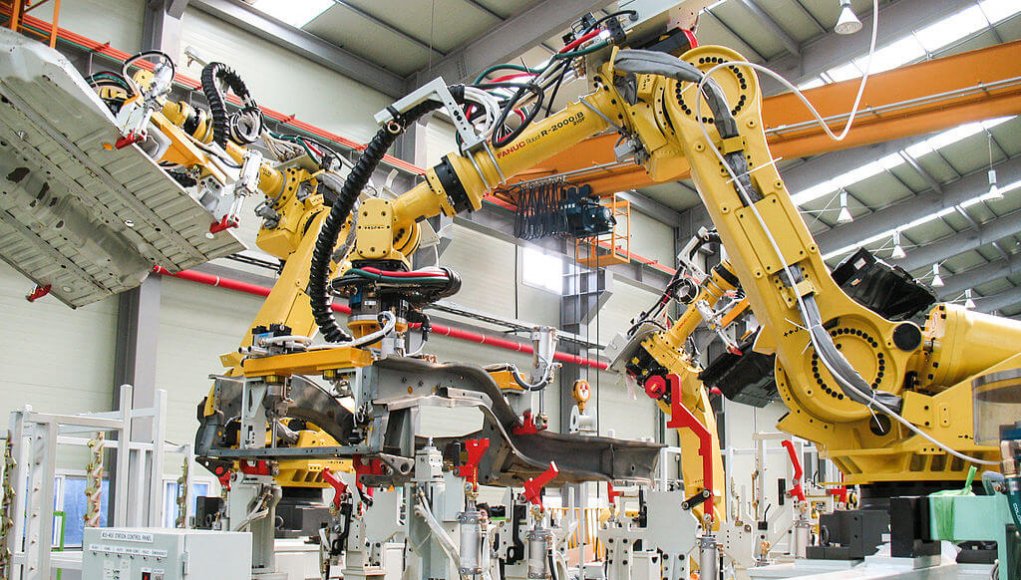 Why automation is important to achieve industrial efficiency?

According to experts from Transparency Market Research, the global industrial automation market had gained revenue worth US$182.64 billion in 2015, which is further expected to grow up to US$352.02 billion by the end of 2024.

As mentioned earlier, the demand for fast production of industrial products is increasing every passing minute. Automation has become a necessity in industries not only because it seeks to improve the quality of products as compared to manually produced ones, but also it allows the distribution of both products and services to be made available at faster rates. Unlike human, industrial robots do not experience fatigue and inaccuracies.

Automation uses control systems, robots, and computers for handling processes that were originally done by humans. This allows industries to be more productive and perform with higher quality, flexibility, availability, reliability, accuracy, and safety. Also, the complex and hazardous works can now be handled by robots that also minimizes unnecessary accidents in many companies.

Automation, therefore, increases the efficiency of industries by a tenfold when compared to manual labour.

What are the various technologies used in Automation?

Some of the most advanced technologies used in Automation are: 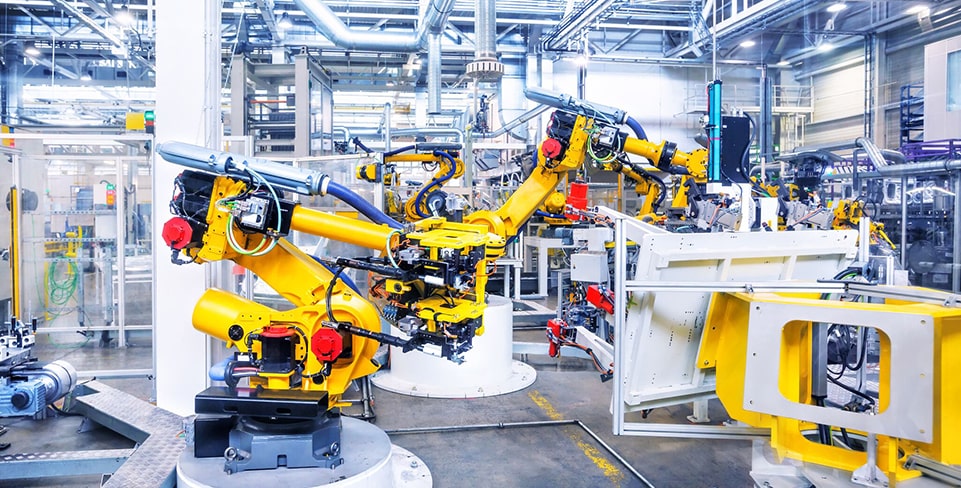 Is Automation a good topic for building final year projects?

Automation is necessary and advanced technologies related to it are being adapted by many companies. Automation is one of the latest trending technologies in many fields especially in industries like manufacturing, control systems, mining, etc. The companies that can adapt, innovate and utilize global resources will generate significant growth and success. Automation will soon become a necessity for all these industries.

Many fields like robotics, mechatronics, control systems, electronics, wireless, laser technology, automotive motors are depended on Automation. And therefore, learning more about this topic is very necessary for good job placement in the future.

And what better way to gain knowledge than building projects based on it?

Building projects helps you burst the bubble of theoretical knowledge and introduces you to the practical world. Not only that, you come out of your comfort zone and it will help you push your boundaries. It will broaden your knowledge in tenfold as compared to reading a paper online.

Hope you got some good idea about automation based final year projects from this article.

Suppose, if you want to build great automation based projects but don’t have the necessary technical knowledge, don’t worry!

We at Skyfi Labs have developed an innovative learning methodology through which you can learn the latest technologies by building projects hands-on right from your home. With the course content available online 24x7 and 1-1 technical assistance provided, developing great expertise on the latest technologies like automation will never be tough for you.

Comment your queries below, we will assist you at the earliest.