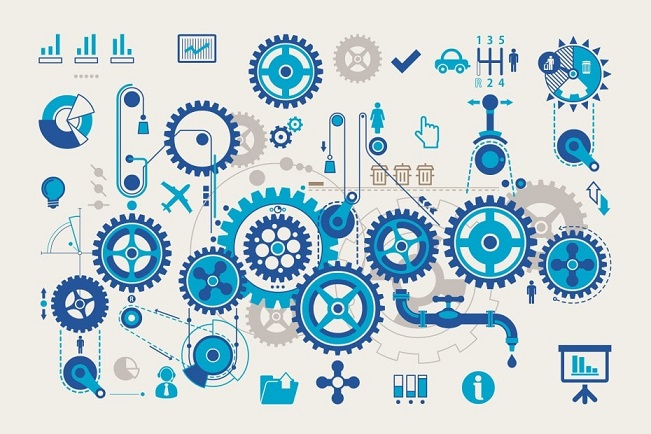 Summary: Internet of things demands for some skill sets in order to learn and perform better in the same field. IoT being a large platform, thousands of people have already started to experience and use it in their own applications. So it is extremely important for engineering students to learn and gain skills in it. And building hands-on projects on IoT is a good option, to begin with.

Have you checked out our projects on Automation yet?
Automation Kit will be shipped to you and you can build using tutorials. You can start with a free demo today!

IoT- Internet of Things! This topic is discussed so much since few years but it has a lot more to talk about. Internet of Things in a lay man’s language is a network of networks which binds everything to perform a certain task. It involves physical things embedded with a lot of tools like sensors, software, electronic ware and huge connectivity in order to maintain the exchange of information through various networks.

IoT is going to be even more dynamic by 2020. Talking about the facts, 25 million devices are already connected to each other and are exchanging messages worldwide. And it is expected that the IoT industry will turn into a multi trillion-dollar industry in 3 years.

Importance of IoT in Engineering:

The whole world is revolving around the internet today. With advancements in technology, the hold of internet is increasing and as a result, the importance of internet of Things is increasing. All the new technologies that we rely on a day to day basis works on IoT.

Skills required to work on IoT:

Being such a different and advanced technology, Internet of things demands for some skill sets in order to learn and perform better in the same field. IoT being a large platform, thousands of people have already started to experience and use it in their own applications. But, here we should be focusing on us “the engineers”. The following are some of the skillsets that any engineering student aspiring to develop a career on IoT should have:

1. Security and Data Analytics: Internet of Things has millions of devices connected to it. This brings a massive amount of data and the job of an IoT engineer is to analyze this data and also protect it. Some known skills related to this category are –

Want to develop practical skills on Automation? Checkout our latest projects and start learning for free

Get your Automation Course Free Demo

2. UI/UX Design: IoT has various devices which come in different shapes and sizes, but the end user would want the final product being simple and easy to operate. Hence, an IoT engineer should create interfaces which are user-friendly. Some skills to develop are,

3. Hardware engineering: IoT devices are everywhere irrespective of it being in the telephone pole or in any remote location. Hence, the task of an IoT engineer would also be working on the hardware of the device such that it is suitable for the environment as well. The skills required would be-

4. Networking: As the technology is evolving on an everyday basis, engineers should be well versed with the evolving networking skills which includes reliable and secure avenue of traffic. One should start with the existing networking technologies and then grow further. The basic skills required are-

You can learn from experts, build working projects, showcase skills to the world and grab the best jobs.
Start Learning Automation today!

The primary objective of integrating Automation with IoT is to reduce the operating expenditures. When these automation devices, sensors and actuators become internet enabled smart devices, their cost of operation becomes higher than the conventional mechanisms. Automation assists in this innovatively, where a huge amount of power and internet can be saved.

And Automation helps in better utilization of the data that is being collected through the various sensors available. Since IoT offers varied operational solutions to industries, integrating automation onto it will make the process more efficient. These Automation based IoT solutions can enable self-organizing, self-configuring, self-healing, self-actuating etc processes in industries.

Thus, the trend now is to find out how to integrate Automation on the latest IoT products and solutions.

How to develop skills on IoT?

can develop his/her interest by various means like participating in various competitions indulging in project making. You can also start developing projects and attending various workshops in order to gain more knowledge in this field. Once you start developing interest and you start learning, you can develop projects of your own.

Some of the best IoT based automation projects that you can find are:

In this project, you would be working with a soil moisture sensor along with Arduino board to develop an irrigation system which functions automatically. This project is really interesting as well as useful to society. Farmers all around the world are facing the problem of irrigating the huge lands. This device would detect the change in the moisture content in the soil and would control the flow of water accordingly.

This project will help you understand both IoT as well as Raspberry Pi. You would develop an electronic device which would stream temperature and humidity over the internet. This project would require a Raspberry Pi computer and a DHT sensor.

Arduino is basically an open-source platform used for building electronics project. It consists of a physical programmable circuit board and a piece of software that runs on a computer which is used to write and upload computer code to the physical board. This project would help you learn IoT as well as Arduino

This project is a very interesting one as it is going to help you control all your home appliances without moving a muscle using Bluetooth. This device can switch ON/OFF the appliances at your home by a click on your android phone. This project would help you learn new things which you can see happening in front of you (in short, it is a working project and not static). By this device, you can really analyze and store the data about the usage of home appliances. While building this project you would learn various IoT concepts, usage o Arduino and Bluetooth communication.

The normal street lights that we have in our localities and the roads are generally manual which needs to be switched ON/OFF manually. But have you ever thought of making the process of switching the streetlights automatically? This project would do exactly the same thing. This project would have a sensor which can detect the intensity of sunlight present during the day. Once the intensity of sunlight decreases from the set level, it would automatically switch ON the street lights. Not only this, but this would also help you to store the data of switching ON/OFF of the lights which can be used to analyze the power usage. This project would help you learn the concepts of IoT, Arduino architecture & programming and interfacing & calibrating sensors.

This project would help you build an IoT based smart water monitoring system which would detect the flow of water through the pipe at your home or for that case any building. This device would also measure the volume of water flowing. This data of volume and flow can be recorded and save for future analysis. These kinds of projects mainly help in the manufacturing sector. By building this project, you can take away a lot of learnings like IoT concepts and application, Arduino architecture and programming, calibration of flow sensors etc.

Air pollution is increasing day by day throughout the world. We, the citizens, as well as the government, should take suitable measures to decrease the level of pollution. But first we need to measure the pollution level in the air. This device would monitor the quality of air on the smartphones using the Blynk application and an Arduino board. The smartphone would then display real time data related to air pollution.

These days technology has evolved so much that we can find an enormous number of robots everywhere. We can create a robot for almost everything today. The robot for this project would help us in video surveillance and monitoring which can also be controlled through a GUI interface. A video transmission facility would also be provided through a high speed transmission. It would be having a camera which can capture scenes and transfer this data to the server for further analysis.

The air travel becomes very irritating when your baggage gets lost or when you cannot find them. According to a survey only 1% of the baggage is lost during air travels. This might sound very small, but when we calculate the exact numbers, we can find that 1% of a billion is too huge to get lost. Hence, to facilitate the service of not losing the bag can be done by this IoT based project. One can keep this device in their bag and track your bag on your smartphone screen.

As India is running its cleanliness drive, we can see a lot of trash vehicles roaming around in our locality. We can also automate this task of trash collection through IoT. This project can help the society to collect the trash from outside the doors to its designated places. This would also help cutting down the fuel and vehicle emission expenses. We can also monitor the usage of trash with a smart trash can.

These are some of the suggestions that can be utilized by engineers working on IoT as their minor of major projects or may be for their personal learnings too. IoT has a huge scope and we engineers can make a successful career in it. So keep thinking and visualizing new and creative usage of this wonderful technology called the “Internet of Things”

Hope you got some good IoT based Automation project ideas from this article.

Suppose, if you want to build great IoT projects but don’t have the necessary technology knowledge, don’t worry!

We at Skyfi Labs have developed an innovative learning methodology through which you can learn latest technologies like IoT by building projects hands-on right from your home. With the hardware kits delivered to your doorstep and 1-1 technical assistance provided, developing great expertise on latest technologies will never be tough for you.

Also shoot out your queries by commenting below, we will assist you at the earliest.

Good luck for your engineering project!