5 Most widely used sensors in IoT - How to build projects with them? 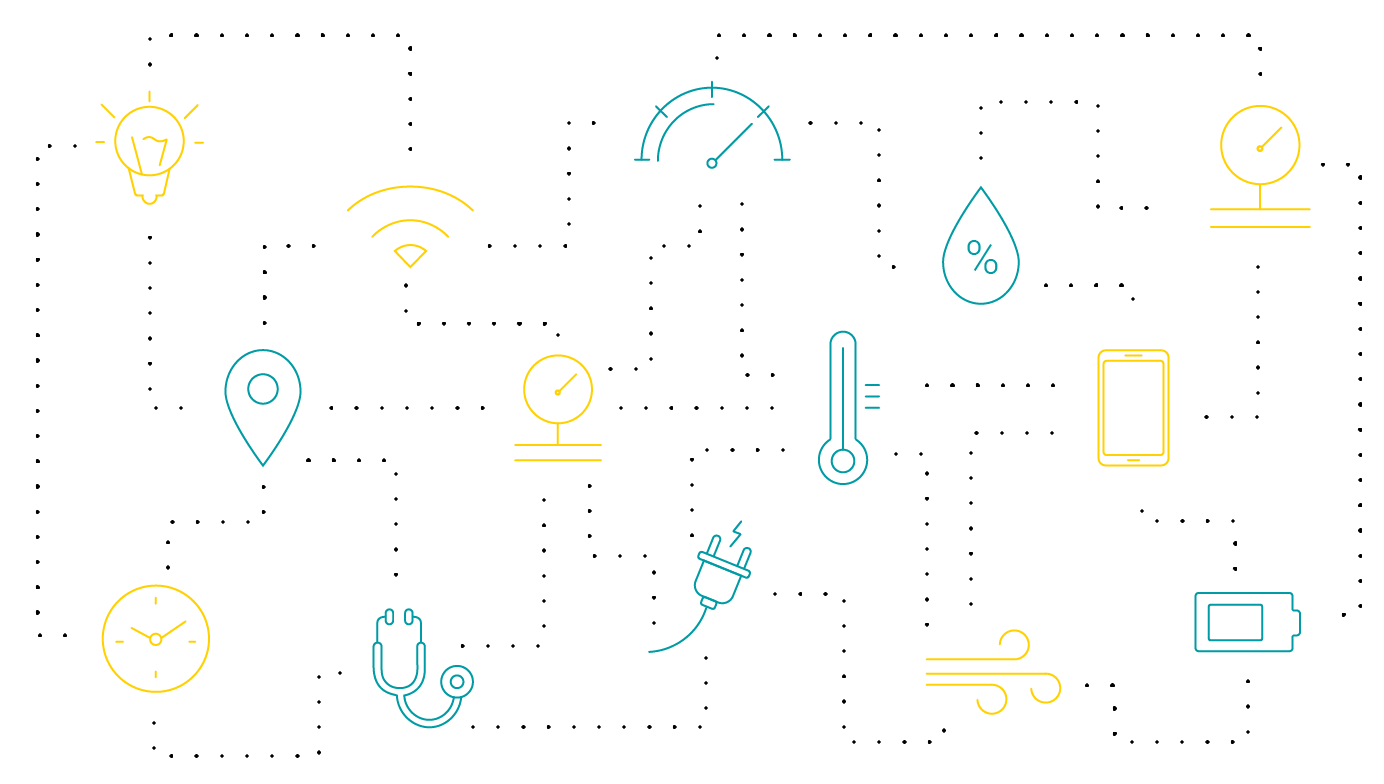 Did you ever hear about the Internet of things or IoT? What is IoT? What are its applications? What are the sensors used? What are the projects than we can perform so that we can get a practical exposure on IoT? All these questions are answered in this blog. Please go through this blog as you will also be given a list of IoT projects at the end of the blog.

IoT or Internet of things can be referred to as billions of physical devices that are now connected to the internet which are collecting and uploading data. We need to thank the evolution of technology i.e. super small computer chips that are processing data and also wireless networks. These things make the work of IoT simpler. By these chips and wireless networks, we can convert almost everything into the part of IoT. By collecting all these data and also by interacting with different sensors IoT makes the normal devices to digital intelligence device which can perform tasks without human intervention. For example, turning on the when the human enters directly into the room and real-time updates of the status of the lights. This can be done by IoT.

What is the sensor?

We are living in a world of sensors which are making our day to day life easy. For instance, sensors are used everywhere in the world. From automatic doors in our office, temperature detector, smoke and fire sensors in buildings, etc… they have embedded in our lives in such a way that we can’t imagine a day without them. So, what is a sensor?

There are many definitions for a sensor but I would like to define it as a device that provides a pre-specified output concerning the input it is gaining from the environment. In other words, we can also say it is the device that converts the one energy domain to the electrical domain. Here input device or sensor is a very crucial part of the whole system depends on the input of the sensor.

What can sensors be used for?

Where are sensors used in daily life?

We use sensors almost everywhere. Here are some examples:

Here we are listing the sensors which are mostly used in the IoT sensors and also followed by some projects which can be done to gain some experience in the corresponding sensors. Let’s get straight to the topic.

A PIR or Passive Infrared sensor will work based on the infrared radiation. It will try to detect the amount of radiation by various parameters like temperature, and also surface characteristics of the object. It will convert the change in the infrared radiation into an electronic output voltage which will, in turn, trigger the whole system. Some of the projects based on PIR sensors are:

2. IR sensoris similar to the PIR sensor but IR sensors will not only absorb the Infrared radiation but also emits them. That is the reason it is used for many more applications. IR sensors are sensitive to light and heat as well. It can also detect the objects by emitting the Radiation and receiving it. Here is the project list

This sensor will turn the light intensity into the electronic voltage and sends it to the processor or microcontroller. It is also called an LDR sensor. These sensors are mainly used in the projects which deal with the light. The projects that can be done using these Sensors are:

In one of the most used sensors in the residential buildings, multipurpose buildings, offices, schools, etc… this sensor is used for fire safety. This sensor will detect the smoke intensity and also specific gases like CO2, methane, etc… and alerts the system. These sensors become life saviors sometimes. These are the projects you can make using these sensors:

There are many more sensors like proximity sensors, Accelerometer sensors, Pressure sensors, Touch Sensor, Colour sensors which are used in the IoT projects. The very use of this all these sensors is to make life easy for human beings and automate the things for a better and safer future.

How to Build Projects with these sensors?

Following are some of the IoT projects that can you can build using the above-mentioned sensors:

Using PIR sensor you can build the Smart Building IoT which will automatically switch on the lights in the room if you are present.

With the help of an IR sensor you can build automatic railway crossing project where the safety gate will automatically close if there is a train arriving.

Using temperature sensor, you can know the temperature of a remote place and you can also upload it to the cloud using IoT technology.

Using LDR sensor you can build an automatic street lighting project, which will turn on the lights automatically in the night.

Using gas and smoke sensor you can build a project for the safety purposes like fire accident etc… the sensors automatically turn the safety measures and the damage will be reduced,

These are just examples of the projects that can be done by using the sensors. You can perform many number of projects by using the above mentioned sensors.

5 Most widely used sensors in IoT - How to build projects with them?

8 Most Important Skills Required for an Engineer
7 Steps to Select a Good Mini Project
Why should you do mini/ final year projects on IoT?
7 Real World IoT Applications (Internet of Things)
5 Most widely used sensors in IoT - How to build projects with them?
Exceptional IoT Projects for Enthusiasts
Interesting IoT Projects for Beginners
Best IoT Projects for Kids