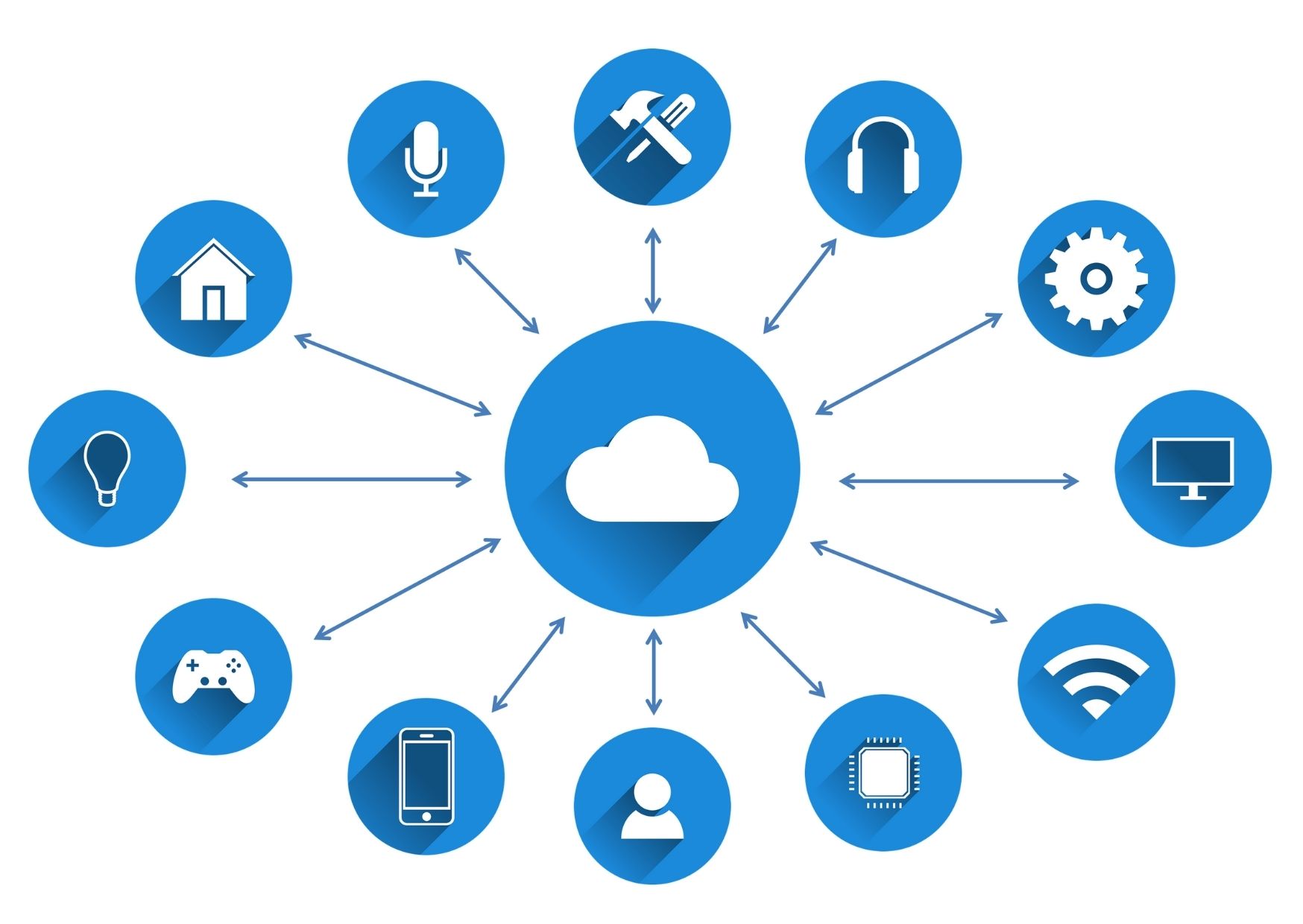 The Internet of Things (IoT) is a technology that allows actual and virtual objects to communicate with one another. Intelligent devices and gadgets communicate with one another and with the Internet. They collect, assess, and correlate crucial information about their immediate environment. The devices carry out specific tasks based on this basis. All IoT systems are defined by the integration of four different components: sensors/devices, connectivity, data processing, and a user interface.

Learn more about IoT based projects

In the healthcare industry, the Internet of Things has shown to be one of the most beneficial technologies. It assists patients, physicians, and researchers in receiving enhanced healthcare. There are smart diagnostics, wearable health trackers, patient management, and many more services accessible.

The future of IoT is virtually infinite, thanks to technology developments and users' desire to connect electronics such as smartphones with household equipment. Thanks to a networking and connection protocol, people and gadgets on all platforms may now be connected.

Cloud computing boosts AI and IoT efficiency while also serving as an interoperability platform. AI projects have a lower success rate than IoT ones. According to an IDC survey, just 30% of companies claimed to have the best AI success rates. The failure rate for the remaining members of the group ranged from 10% to 49%.

IoT applications are simple to scale thanks to the existing cloud-based infrastructure. Although many factors, such as architecture design, speed, and so on, can influence a project's scalability. Any IoT project developed with scalability in mind, on the other hand, is considerably easier to scale. Scaling AI algorithms, on the other hand, maybe difficult because of numerous factors. Scaling is considerably easier if the design is more flexible and modular.

1. Home automation system using IOT: In this IOT project, you will be learning how to design a home automation system using IOT. Home automation is one area where the Internet of Things has had a big impact. Computers will control every room and light in the not-too-distant future. The project you make may be used to turn gadgets on and off by using an Android app on a smartphone to provide commands. You'll be able to save and analyze data on how people utilize home equipment. The following components were utilized in this project:

2.IOT using Raspberry Pi: In this IOT project, you will learn how to design an IoT projects utilizing the most popular Raspberry Pi board. Using a Raspberry Pi computer and a DHT sensor, you will build an electrical device that communicates temperature and humidity data over the internet. If the temperature rises over a specific level, you may have the system send you an email. The following components were utilized in this project:

4.Surveillance Camera using IOT: In this IOT project, you'll utilize IoT to create a surveillance camera that can be used to keep an eye on your stuff in real-time for safety. Thanks to the Internet of Things, you can now watch your children play or keep an eye on your pets from anywhere, at any time. The Internet of Things has the potential to make any device intelligent. The Internet of Things is the next big thing! You'll use a Raspberry Pi, a credit-card-sized computer, similar to the brain, and configure it to stream video shot over the internet as live footage to your camera. The parts used in this project are:

5.Smart Building using IOT: In this IOT project, you will learn how to design a device required to make a smart building. All modern buildings will place a major focus on automation and energy efficiency thanks to the Internet of Things. As a consequence, working on such projects will boost your understanding and raise your chances of obtaining a great IoT job. The project you'll develop will use PIR sensors to identify the number of attendees in the meeting room and automatically turn the lights on and off based on occupancy. You'll be able to see how the meeting room is utilised, how many people are there at various times of the day, how long the lights are on/off, and how much power is consumed. The following components are utilised in this project:

6.Automated Street Lighting: In this IoT project, you'll look at one such scenario and build an IoT-based street light that switches on and off automatically based on the amount of sunlight. This course will show you how to build an Internet of Things-based Automated Street Lighting System that switches street lights on and off based on the amount of sunlight available. One of the most essential features of smart cities is that it enables for more efficient energy consumption by turning lights on and off at the right times. The data will be sent to the cloud for storage and analysis. The following components were utilized in this project:

7.Home Automation System using IOT and Raspberry Pi: You will get the opportunity to experiment with IoT ideas in the context of home automation in this IoT project. The Internet of Things (IoT) is a future technology that has already entered our homes. The Internet of Things-based Home Automation system is one of the most popular IoT applications since it allows homes to automate a range of tasks. The following components were utilized in this project:

If you want guidance with your final year Arduino project, We at Skyfi Labs will provide you with one of the greatest projects along with kits.  Our exceptional online course will provide you with the knowledge with all the guidance that you may need while developing your project. If you face any difficulties, our experts are available to clear all your doubts at once.