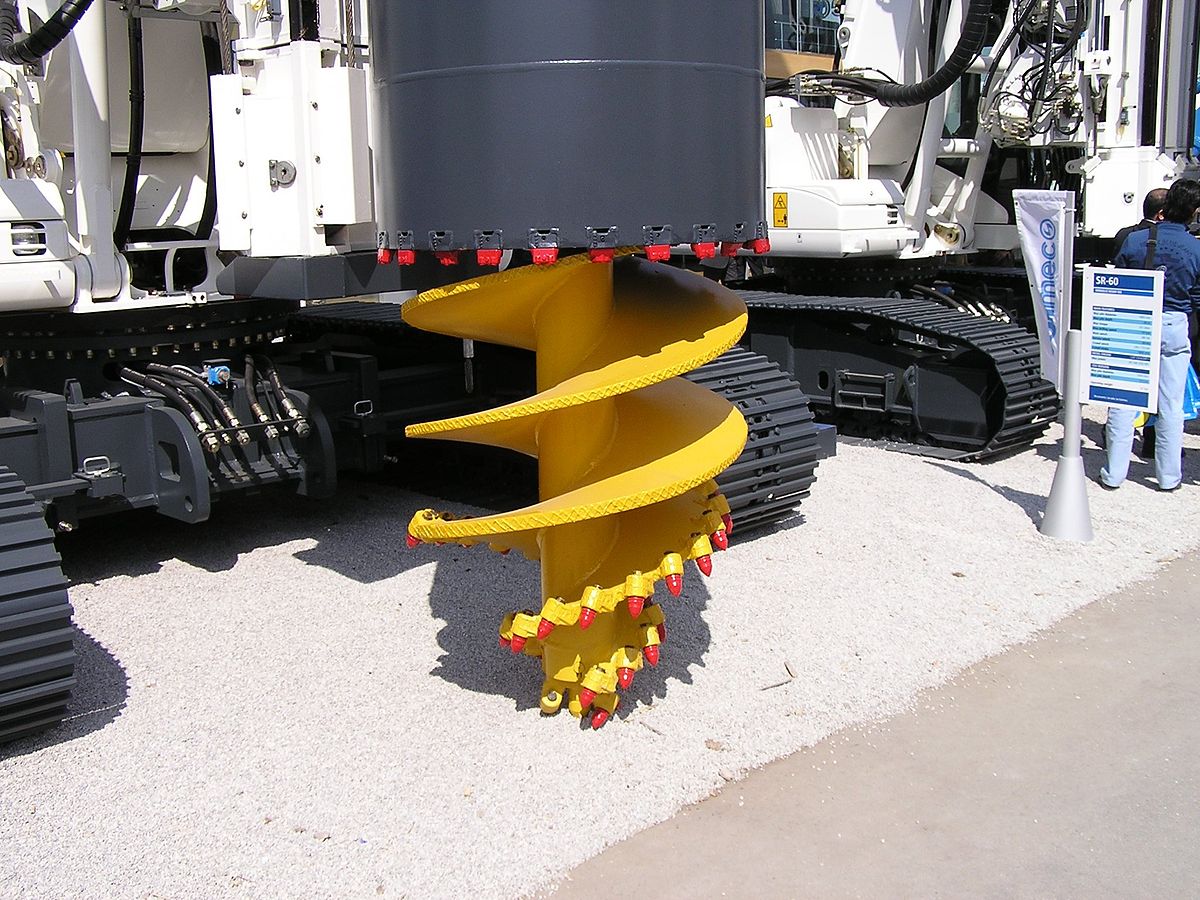 Foundation engineering, also known as geotechnical engineering, applies theoretical knowledge concerning the behavior of soils and rocks and the construction of load-bearing structures to the planning and construction of foundations for infrastructure. At the most basic level, a foundation engineer would consider the kind of soil on which construction is to begin, allowing for the selection of the best material for the job, taking into account variables such as the manner in which such materials would need to be reinforced. This field of engineering not only establishes the physical qualities and quantities needed for the construction of foundations but establishes the necessary design parameters needed for such construction. Such parameters are established by evaluating factors such as the bearing capacity of a particular soil, allowable soil pressure, and the influence of slopes and adjacent foundations, among others.

Foundation Engineering is critical in construction 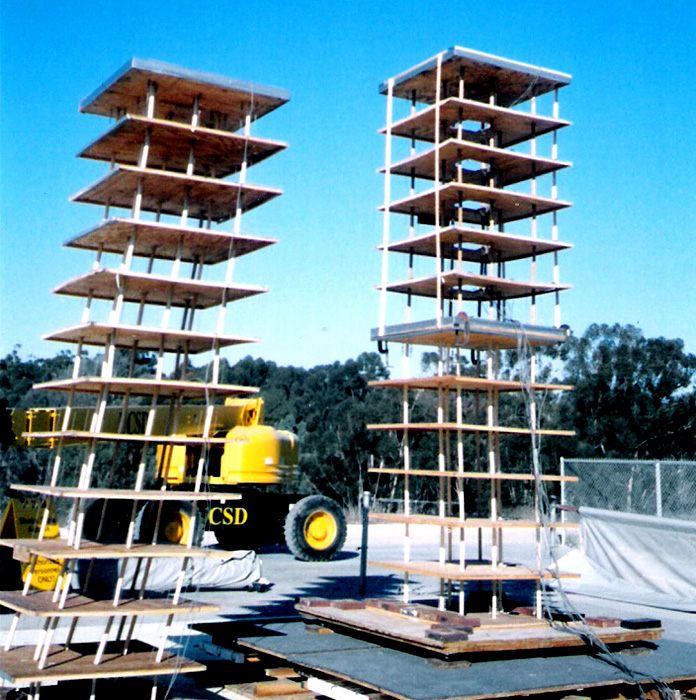 An equally important facet of foundation engineering entails the maintenance and evaluation of existing foundations, which in practice involves pre-empting the degradation or failure of a foundation, and in some cases assessing the damage that has already occurred. Such risk assessments require the foundation engineer to take into account factors such as the arrangement of physical features, or topography, of the area being assessed, seismic forces, and groundwater, all of which may play a part in the deterioration of existing foundations. This aspect of foundation engineering is particularly important in minimizing risks to human safety which may occur as a result of unsound foundations. Extrapolating along the lines of risk assessment, site conditions which may have otherwise limited development potential may be mitigated through the improvement of the engineering properties of the soil and rock foundations in themselves.

Simply described, the foundation of a structure serves to transmit loads from the structure to the earth. As such, the design of a foundation requires an estimation of the magnitude and location of loads that need supporting, a plan for the evaluation of the subsurface, and the establishment of the required soil parameters through field testing. Once these factors have been taken into consideration, the foundation is designed such that construction is achieved in the most economic manner feasible, while also ensuring that any risks which may be present during, or subsequent to the construction of the foundation, are minimized.

The most significant factors to be taken into consideration when designing foundations include those concerning settlement and bearing capacity. Settlement takes into account the tendency for soils to undergo consolidation, a process whereby soils decrease in volume over time under permanent loads – in the case of foundation engineering, the weight of the structure and the foundation itself. This process occurs due to the expulsion of water from soil without any concomitant replacement with water or air, resulting therefore in an overall decrease in the volume of soil. This was probably, at least, one of the variables the designers of the Tower of Pisa neglected to consider, which eventually resulted in the distinctive tilt which gives the Tower its more recognizable label as the Leaning Tower of Pisa.

Bearing capacity refers to the property of soil to support forces applied to the ground. Strictly defined, the bearing capacity of soil would refer to the maximum contact pressure, averaged over time, between the foundation and the soil, which would not produce shear failure in the soil – which itself is related to the shear strength of the soil. This variable, in turn, is determined by the friction and interlocking between soil particles.

You can learn from experts, build working projects, showcase skills to the world and grab the best jobs.
Start Learning Civil Engineering today!

What we've learned so far 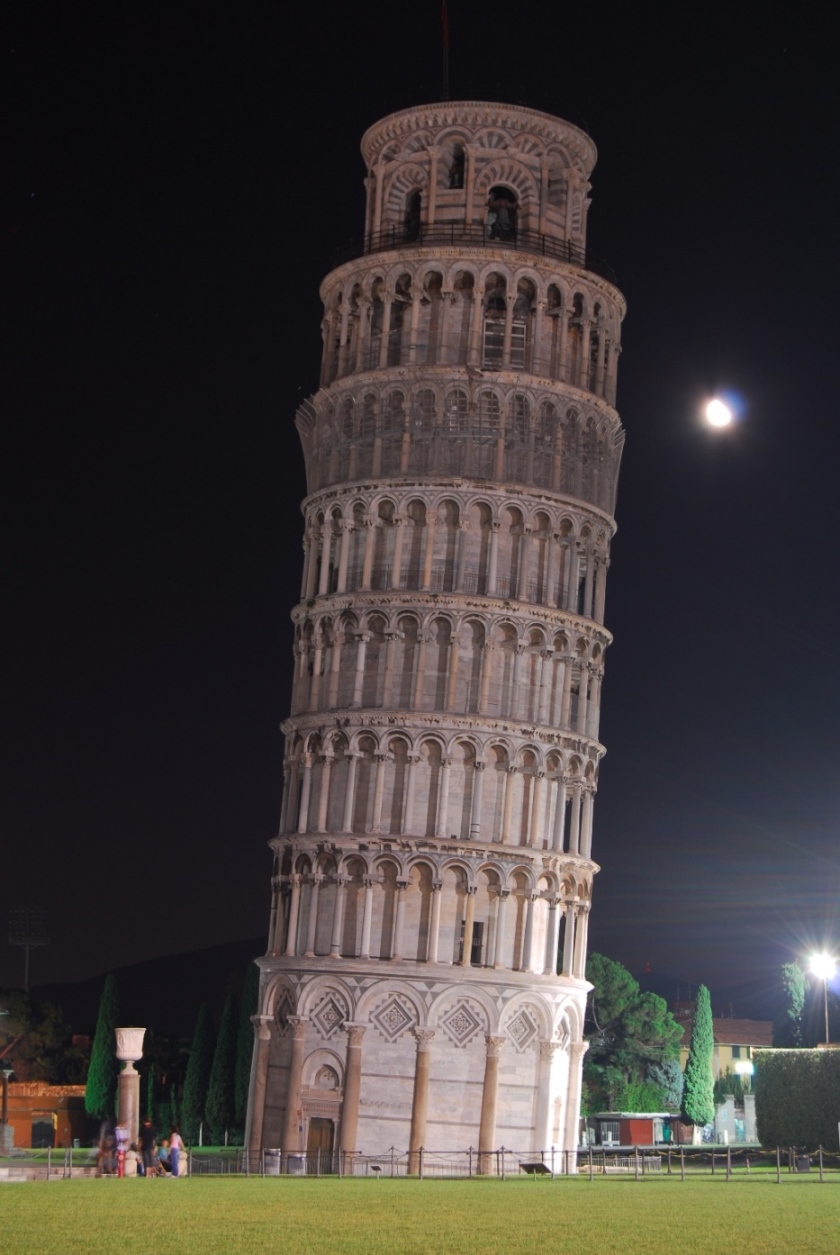 The history of foundation engineering may be traced as far back as Ancient Greece. As cities grew larger in parallel with the progress of those ancient civilizations, buildings were erected on foundations which were specifically constructed to serve as supporting structures. Until the 18th century, however, no formalized discipline concerning the theoretical underpinnings of soil design existed, and construction proceeded based on past experience rather than any demonstrable protocol. The lack of anything resembling a scientific approach to the matter of foundation engineering soon manifested itself in such famous engineering problems as the Leaning Tower of Pisa, itself the result of an inadequate foundation on soil too soft on one side to completely support the weight of the tower. These problems soon prompted scientists to begin examining the subsurface in a more systematic fashion, resulting in the progression of foundation engineering from century through to 1925, when modern geotechnical engineering is said to have begun, the 18th with the publication of Erdbaumechanick (Soil Mechanics) by the father of soil mechanics, Karl von Terzaghi.

Historically, foundations simply consisted of buildings or structures being built in contact with the ground, or otherwise in a manner known as ‘post in ground’ construction. Post in ground, also known as earthfast construction, simply consisted of vertical roof-bearing posts being placed into excavated post holes, and has been in use from the Neolithic period to the present. Structures utilizing such construction methods are relatively impermanent but are simply to erect. Padstones are another type of foundation which has been in use since Ancient Greece, and is simply single stones which both spread the weight of a structure on the ground as well as elevating the structure. Such elevation was of particular use in preventing the contents of granaries from vermin as well as water seepage. 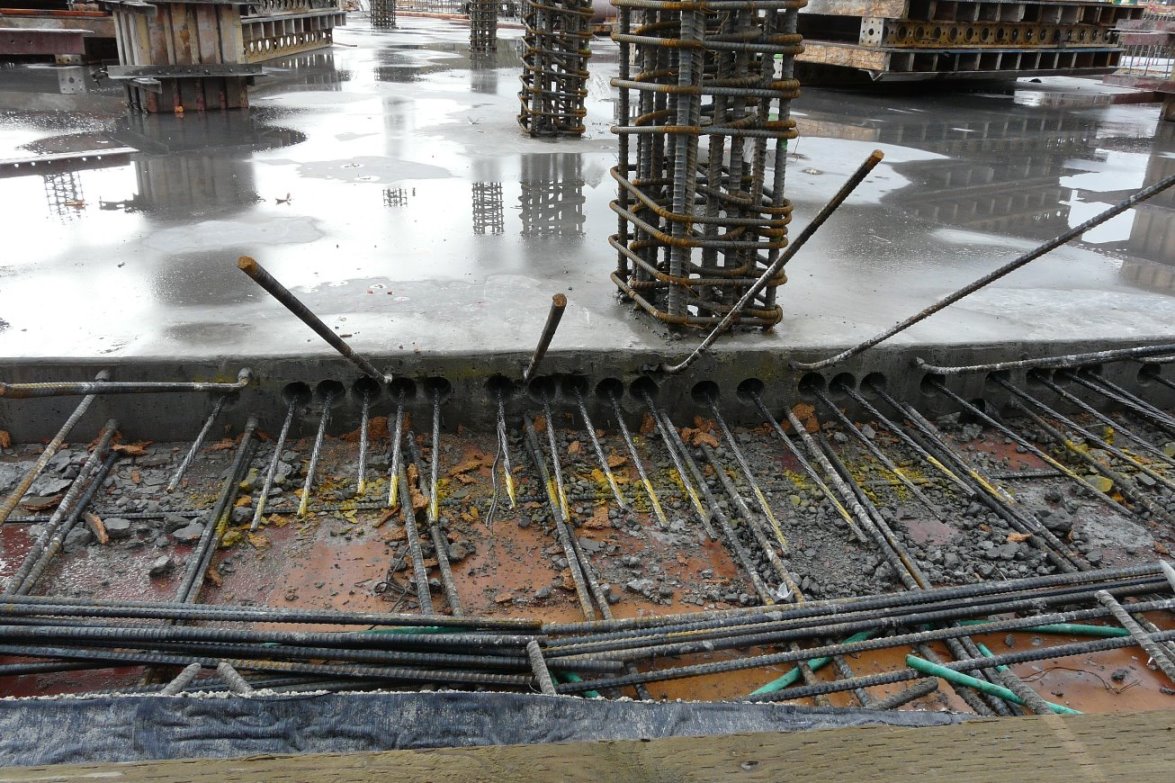 Spread footing foundations, a type of shallow foundation, are typically used in residential buildings, and consists of a wider lower portion which supports the load-bearing foundation walls, such as to distribute the weight of the building over a greater area for increased stability. The design and implementation of spread footings is influenced by soil factors, as well as the weight of the structure that is being supported – this said, it could be argued that the design of nearly any foundation which is placed, shallow or deep, would have to take into account these two factors. Spread footings may be adapted to use in sites where gradients exist by being constructed as a series of steps cut into the gradient. Such use of a spread footing is called a stepped footing. Another example of shallow foundation previously mentioned is the slab-on-grade foundation, also known as floating slab foundations. These foundations are constructed by allowing a concrete slab to set within a mold that is set into the ground; this concrete slab then serves as the foundation. The advantages of this type of foundation are that it is cost-effective and relatively sturdy, however these points have to be balanced against the fact that such a foundation restricts underground access to utility lines and can result in significant heat loss when ground temperatures fall lower than that of indoor temperatures. This second drawback may be mitigated however, by the use of insulation or heating systems, although these solutions may entail additional costs/issues in themselves. 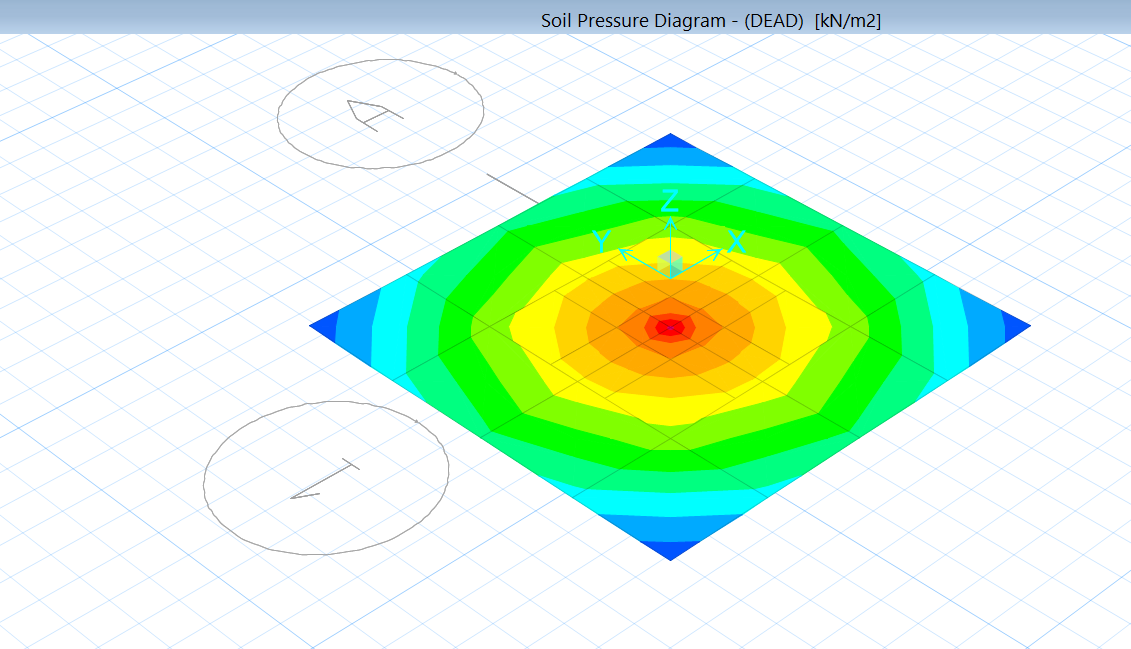 Deep foundations may be recommended over shallow foundations for a number of reasons, but these reasons most commonly tend to be due to exceedingly large structural loads, such as those that would be present in the construction of high rise buildings, poor quality soil at superficial depths, or a lack of space for a sufficiently large shallow foundation to be able to support a structure properly. As mentioned above, deep foundations may be classified according to the type of foundation itself, the method by which the foundation is placed (also related to the type of foundation) as well as the material the foundation is constructed from. Common materials used as deep foundations include reinforced concrete, prestressed concrete, timber and steel. Deep foundations which are driven into the ground are typically done so using a pile driver, a machine which operates by alternatingly raising and releasing a weight onto a pile until it has reached the required depth. 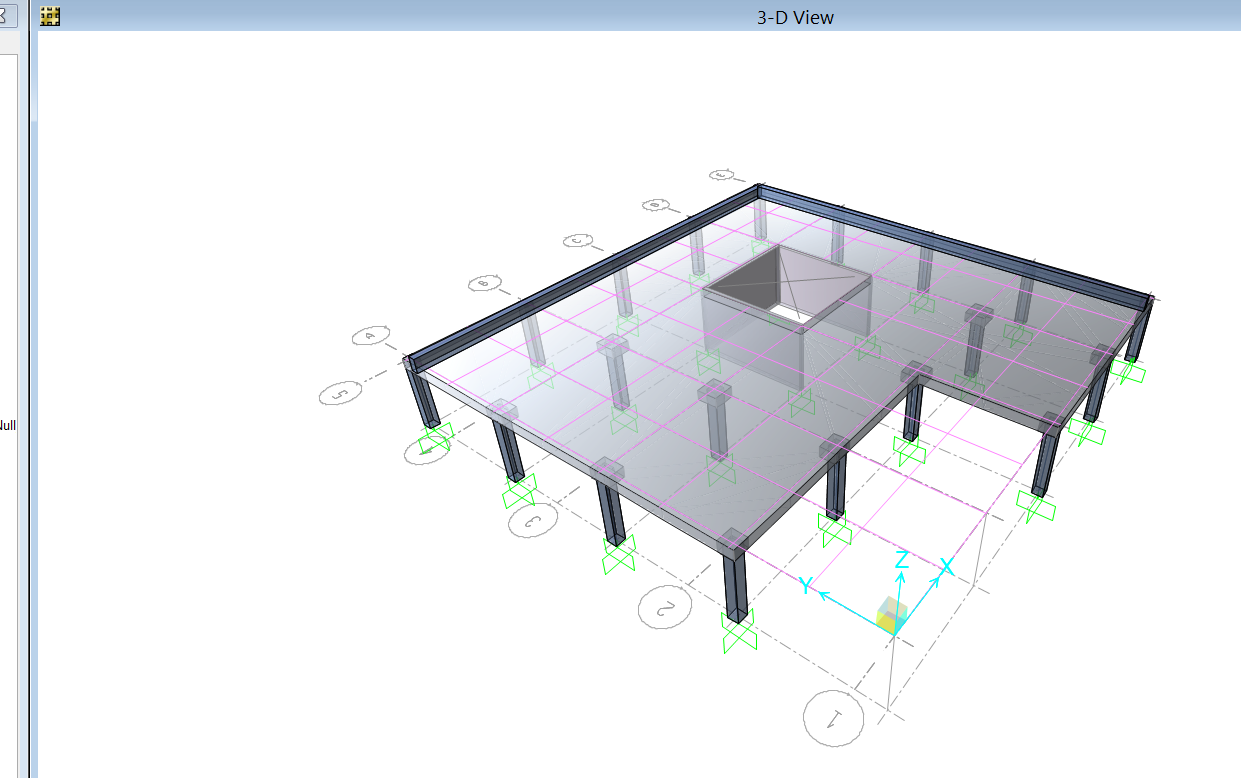 A particular advantages associated with driven piles are that the soil which is displaced during the pile-driving process becomes compressed, effectively, acting as a splint, and thereby increasing the load-bearing capacity of the pile. Furthermore, driven piles are considered to have been ‘evaluated’ for their weight bearing ability, as the weight required to drive the pile into the ground must necessarily exceed that of the structure which the pile is supporting, therefore offering a considerable degree of certainty that the pile will be able to serve its function. Drilled piles make use of the largest diameter piles, and permit pile placement even in dense subsurface soil or rock. Examples of drilled piles include under reamed piles, used in softer strata, as well as Augercast piles, which are often used when it is necessary to minimize noise pollution as well as in environmentally sensitive sites. These unique piles are formed using hollow stemmed augers which drill down to a predetermined depth, following which cement if flowed down through the stem, and the auger is withdrawn, allowing the drilled space to fill up directly with cement. As the auger is withdrawn, a column of fluid cement is formed within the drilled site, into which reinforcing cages are commonly placed to ensure that the pile is strong enough to serve its purpose.

Importance of foundation design and analysis

Each structural challenge has its own parameters making foundation design and analysis a crucial element for all construction projects. Using CAD-based tools, Civil Engineers test these parameters to find out the correct way to approach the project. To help young Civil engineers get started on their career, Skyfi Labs is offering foundation design and analysis program as part of the ongoing Civil Simplified Summer Training Program. View details here.