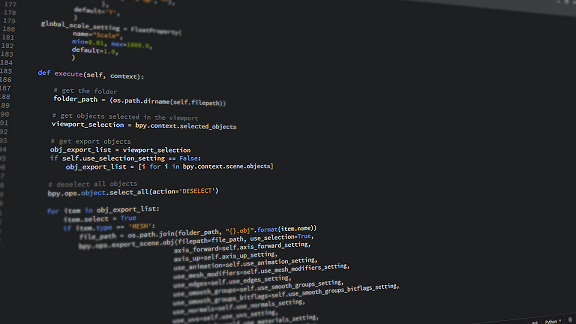 Python is the programming language of the future. It is one of the most popular, powerful and easy programming languages. Python has vast applications in almost every area. Python is used in many final year engineering projects. It is applicable in web development, software development, mathematics to system scripting. Python is used as the main source for final year engineering projects. In this article, you will get to know everything from basic to advanced use of Python programming and some python final year projects. Python programming serves as a boon to computer science engineers and electronics engineers. If you are a student from any of these branches then you are at the right place and reading the right stuff.

You may have a question popping up in your minds by now, i.e., Why Python only? You will get it better by these points listed below:

Python has also many different versions. The latest version being Python 3.

What is python used for?

What are the advantages of using python?

Python has diverse applications as a result of its wonderful combination of features like:

With the ease, reusability, portability and popularity Python programming can be used in many of the final year projects. Some of the projects with Python’s applications are as follows:

1. IoT using Raspberry Pi and Python: This python project will help the final year students to develop a device to measure the temperature and humidity level of the atmosphere. And store its data over the internet using cloud computing and python programming. Since IoT is modifying the standards of life. Python has emerged as one of the supporting backs for many IoT projects.

2. Surveillance robot using python: In recent times everyone from experienced programmers to beginners is shifting towards python because of its reliability and shortcodes. Most of the robot’s programming these days is done in Python language. This is because of the soul feature of Python short length codes and simple syntaxes. In this final year project, you will learn to develop a surveillance robot that can be operated remotely over the internet.

3. Surveillance Camera using IoT: This is also one of the many applications of Python. IoT can be implemented using the python programming language to make the detective cameras smarter. As part of this python project, you will develop a camera that monitors your belongings for safety.

4. Sixth Sense Robot: This python project will guide you into developing a robot using image processing. These kinds of robots serve as the next generation of potential workers. The Robot is developed using Python and computer vision. With the help of python programming, image processing algorithms, object tracking, and colored object recognition, you will develop the robot.

6. Movie Recommendation System: With Machine Learning’s vast growing capabilities, this course helps you to develop a movie recommendation system. Especially useful for the entertainment industry. This system is designed using machine learning algorithms in Python language. As part of this project, you will also get to learn other important concepts of

7. Computer Vision - Text Scanner: From self-driving cars to face recognition, everything is related to computer vision. As part of this final year project, you will learn to develop a text scanner that can scan any text from the image. This is done by the python optical character recognition algorithm.

8. Computer Vision-Based Mouse: In this python project, you will convert your mouse to a computer vision-based mouse using object tracking algorithms. All the functions of the mouse are governed based on the color shown on the webcam.

You can also check out the following projects that are related to python:

Machine Learning Projects: This is one of the most interesting sections to make projects for final year engineering students. As Machine Learning is the new is for growth opportunities, Python serves as the backbone for the same. This project will help you develop a deep understanding of Machine Learning using Python from beginner to advanced level. Some of the final year projects related to python are New House Price Prediction, Credit Card Fraud Detection, and Movie Recommendation System.

Check out all python projects