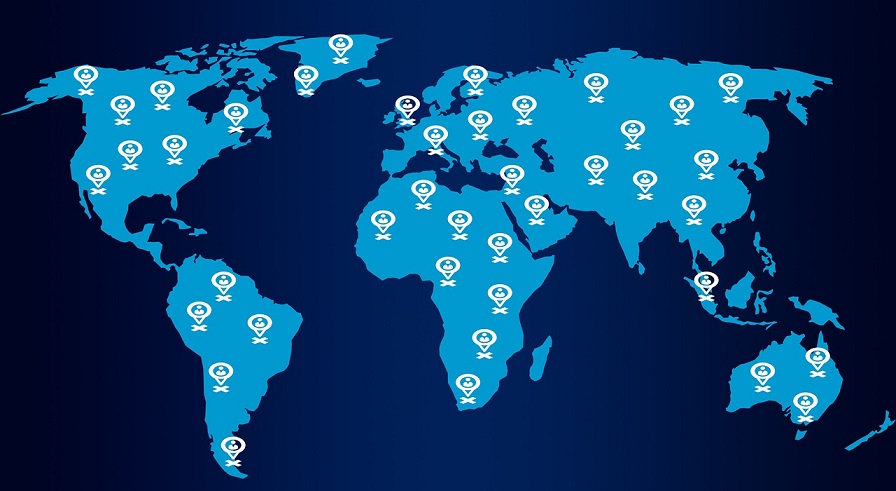 Different types of wireless communications and its applications

There are mainly five types of wireless communications

These are used in almost the majority of the applications which requires wireless capability. Individual applications of each type of communication are mentioned below.

You can learn from experts, build working projects, showcase skills to the world and grab the best jobs.
Start Learning Wireless Communication today!

Mobile is a two-way radio, it has a transmitter as well as a receiver. It converts speech signal to an electrical signal and transmits the wave to the nearest cell phone tower which in turn passes the signal to a satellite which detects the receiver's address and sends the electric signal. The reverse process happens in receivers' phones that is the electric signal is converted to a voice signal and the receiver can hear it from the speaker.

It is a wireless transmission technology used to communicate in short range. It cannot travel through walls and requires a proper line of sight. It requires a transmitter and a corresponding receiver to work. It is considered an economic way of communication.

It is a wireless communication system that is capable of transmitting voice as well as data with high speeds by the usage of radio waves. Both devices have to be Bluetooth enable to send or receive files. It is the most common form of communication between mobile users when large data is to be transferred.

Controlling your home appliances wirelessly using Bluetooth is actually a cool project. You can develop your home automation system that can be used to turn ON/OFF electronic appliances using an app on your smartphone. It also has the functionality to monitor the usage of appliances which can be analyzed later.

In this senior design wireless project, you will learn the concept of IoT, Arduino and Bluetooth communication.

Imagine a device that can detect the temperature and humidity of its surroundings and can send the information to the owner instantly, cool right? Yes, it is possible. This senior design project has a raspberry pi paired with a DHT sensor that can send a mail whenever the temperature exceeds a certain limit.

This senior design project can detect the moisture level in soil with a sensor and control the flow of water when soil moisture falls below a certain level. It can also send the data to your mobile phone as it uses an ESP-8266 Wi-Fi module to transmit the data wirelessly.

This wireless communication project can identify the number of people in a building with the help of PIR sensors. It can analyze the number of persons at various times of the day.

There are many more amazing senior design projects are provided by Skyfi Labs. These projects can be made at your convenience. The kit required to build the project will be delivered to your doorstep which makes it even easier to learn about wireless communication. Some of the senior design project links on wireless communications for engineering students are mentioned below-