In every possible field, we find ourselves surrounded by complex technologies. Therefore, it becomes equally important for us as an engineering student to be aware of such technologies and to be able to implement them in our day to day lives. Fields like Artificial Intelligence, Robotics, and Machine Learning that can be very well exemplified to explain what Arduino means. Arduino finds great scope in most of the digital world today and learning about them via online courses available or by joining classes can really work out in the future. To have a deep knowledge of your subject and especially learning how to develop skills in your field of interests has become a must for engineering students.

This article brings you a complete package of information about one of the most widely used technology. Also, you will get to know what actually Arduino is, its applications, how it works, what programming language does Arduino use, what are the best DIY projects using Arduino, etc.

These are some wonderful DIY Arduino projects that you can work upon and learn some extremely interesting facts about Arduino.

So, tighten your seat belts and get ready to have a thrilling journey to the world of DIY Arduino projects. 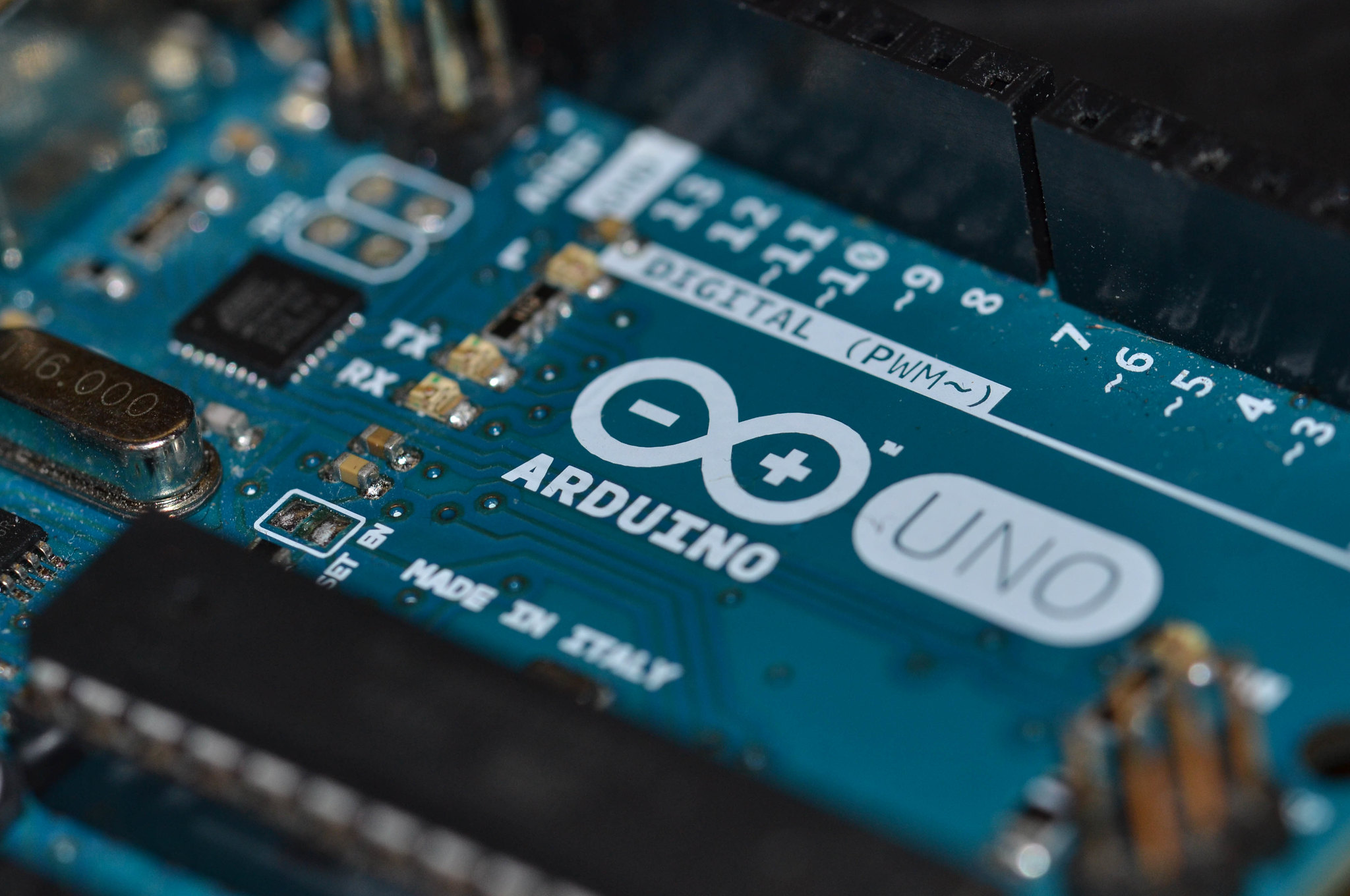 In simple words Arduino is an open-source software and hardware platform, that lets you integrate hardware components with software without aiming for any kind of profit. With the help of the Arduino board, you can create some outstanding technologies that the world demands today. Some complicated yet finest of technologies like Remote Sensing, Smart Sensing and Robotics find extensive use of Arduino.

Arduino is really easy to learn as it just operates on very simple programming languages like C and C++.  A great tool for beginners who find their interests in robotics that besides being cost-effective also provides a user-friendly environment. Basically, it is an interface that lets you communicate with the Board with which you develop technologies.

What is a DIY project?

As we all know, DIY stands for Do It Yourself. So basically, combining it with “Project”, the meaning comes out to be pretty familiar. These DIY Projects gives you an excellent opportunity to build new technologies on your own. By doing DIY projects you will not only learn new things, but it also provides you many other opportunities in the future.

Here is a brief insight into DIY projects using Arduino:

2. Home Automation using IoT: In this DIY Arduino project, you will learn to build a home automation device that controls all the electrical appliances in the home with your smartphone.

3. Smart Irrigation system: Nowadays the water crisis keeps on increasing. By doing this DIY Arduino project, you can help farmers to save water. In this project, you will develop a system that irrigates the crops based on the moisture level in the soil.

4. Smart Building using IoT: By doing this DIY Arduino project you can smartly save electricity. As part of this DIY project, you will develop a device that turns ON/OFF the lights in a room based on the occupants. You will also learn about calibration of PIR sensor, Arduino architecture, and programming.

5. Biometric Authentication: In this DIY project you will create a device that detects the person identity using fingerprints. Fingerprint sensor, Arduino board, LCD, etc are used to develop this project.

6. Automated Street Lighting: By building this DIY project you will learn to automate the street light. Like you can make the street light turn ON/OFF automatically based on the sunlight intensity. You will also learn about working on IR sensor, Arduino programming, etc.

7. Wi-Fi controlled robot: Wi-Fi has increased range compared to Bluetooth because Wi-Fi works on radio waves. So, developing a robot that can be controlled over Wi-Fi is a cool DIY project. In this Arduino project, you will learn to develop a Wi-Fi controlled robot using ESP 8266 Wi-Fi module and Arduino Board. You can program the robot to move in a particular direction using Arduino programming.

8. Smart Water Monitoring: In this DIY Arduino project you will develop a device that detects the flow of water with the help of a water flow sensor. Later the data collected by the sensor can be stored and analysed.

11. Hexapod Bluetooth controlled robot: This DIY project helps you build your own Hexapod Robot that can be controlled via Bluetooth. You will also learn about Robot’s locomotion, working of servo motors, wireless actuation of legged robots, the crawling strategy of hexapods and much more while building this project.

12. Fire Fighting Robot: As the name itself tells, this DIY Arduino project helps you to build a fire-fighting robot that detects fire using IR sensor. As part of this DIY project, you will learn about vision-guided systems, and working of IR sensors.

Learn how to build Fire-fighting robot

13. Robotic Arm: In this DIY project, you will build a robotic arm with 3 degrees of freedom that can be controlled by your mobile phone over Bluetooth. As part of this project, you will learn about Bluetooth communication and Arduino programming that will enhance your practical knowledge to an appreciable extent.

14. 3D Printer: Starting from the very scratch to building a 3D printer is really an interesting thing to learn. By building this project you can able to print your 3D designed objects and use them for developing other projects too. As part of this project, you will learn about additive manufacturing, RAMPS board, SMPS and Motor driver.

15. Gesture-Based Robot: Also known as Accelerometer Controlled Robotics, this branch of robotics deals with robots that involve human-machine interaction. As part of this DIY Arduino project, you will develop a robot controlled by hand movements. The robot takes inputs from the accelerometer sensor and actuates accordingly.

16. Maze solver Robot: In this DIY project, you will learn how to build an autonomous robot that solves maze independently by making use of IR sensors. The data collected by the IR sensor is processed by the Arduino microcontroller and it actuates the robot accordingly.

Don’t these projects excite you? I am sure they do! With our expert’s guidance, you are guaranteed to excel in your concerned field. So, what are you waiting for? Choose your favourite project as quickly as possible before the time runs away.

These DIY projects actually can be considered as guiding lights which can prove really worth joining in the end if followed properly and given a 100% dedication.

With new technology coming every single moment, pacing up with others have really become important. Whether it is robotics, design, system software or industrial applications, to keep it going one must possess the right qualities. To keep yourself updated with the contemporary technologies and researches, one should be at first be fully aware of the older ones so as to make them reachable to others as well.

Check all the Arduino DIY projects

As can be seen, these projects are really affordable and easy to take up. At Skyfi labs, you are provided with a kit which makes it even more tempting to join them.

There are ways through which you can easily join us. You may enroll here, post which you will receive a kit and the online course access. To ensure flexibility, we have also made the course available 24X7 so that you can access anytime and anywhere.

Hope this article is of some use to you.