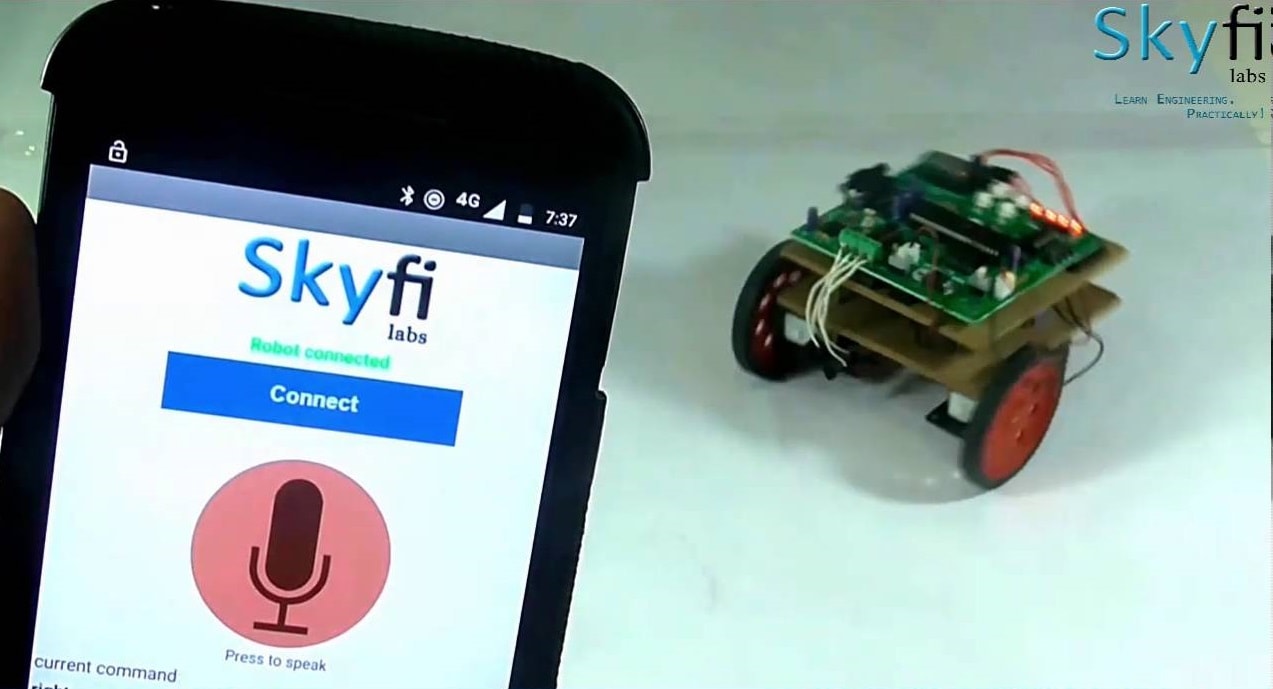 The main objective of this project is to build a modular mobile robot that can navigate around its way using GPS. The primary component of this robot is its navigation system, with an augmented GPS system integrated to provide the local coordinates and help in positioning of the robot. It can be programmed to carryout multiple functionalities.

The project comprises of two major parts, one is the robot chassis fabrication with all the sensors and another is the navigation system comprising the GPS module. You can also build a mobile robot that uses only GPS as its sensor and can make it way through the field by navigating via GPS coordinates. The accuracy of the robot’s motion depends on the accuracy of the GPS. You need to program the microcontroller in such a way that the robot will move according the coordinates provided in the GPS module.

The robot can be made as an autonomous navigation and guidance system capable of moving along a sidewalk in an urban environment under the way-point navigation using a GPS receiver unit as its only sensor. The robot can further be modified in to an all-terrain robot that can provide a greater assistance to humans in hostile environments of military and defence. You can also add IR proximity sensors or ultrasonic sensors to make the robot avoid obstacles or detect the human presence.