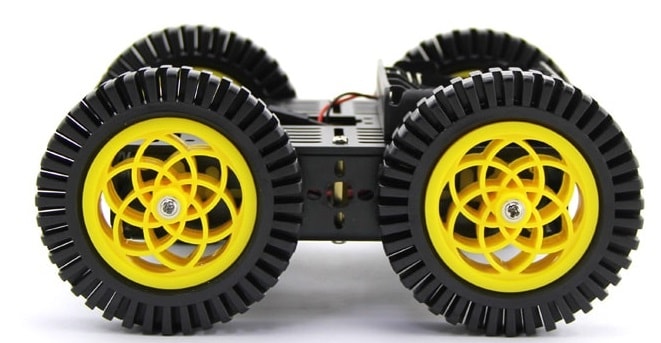 Every country is preparing for a strong army to prevent them from terrorists, the soldier undergo a particular period of training in the camp and finally they will be shifted to the most dangerous place of where terrorist area camp, even to protect the borderline between the two countries.

The landmine is the most dangerous weapon that is invented when the World War happened. It plays a very important role in the period of war and most of the soldiers have lost their life or body parts due to their inability to detect them.

You need the controller as 8051, metal detector, motor drive, transmitter and receiver to control the robot direction. When landmine is detected make them as the mark like from robot place some centimeter the Land Mine is located.

In addition, the robot with the camera can be used to surveillance as like the drone.

Project Brief: The control unit transmits the command using Zigbee, which is received by the Zigbee receiver unit in the robot. The survey robot then moves according to the instructions received. A buzzer sounds when its detects landmine. The geared DC motor is used for actuation and is controlled by the L293D motor driver. A 12V battery or a 12V adapter is used to power up the entire robotic system.