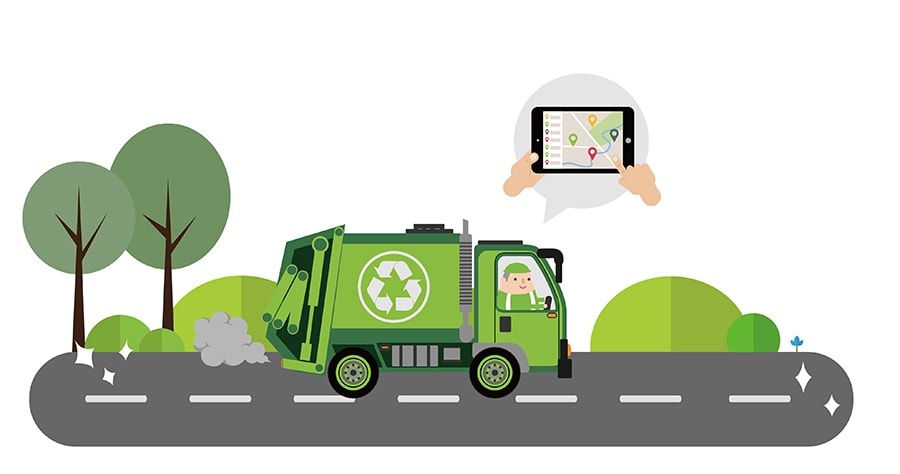 Nowadays,people are using the smart phone to pay their electricity bills,book,transport,cinema tickets,home appliances,even personal things in online people ordering.Same way other things can be done on the online.By the Smartphones can monitoring the garbage bins in the urban areas.Because overflowing of garbage pins the breeding of germs and it spreads diseases like malaria etc.

So the garbage bins are monitored by the sensor whether garbage pin capacity is filled or not in the areas.This concept aims optimize waste collection and maintain the cleanliness of the area.Internet of things is becoming an increasingly growing concept both in workplace and outside of it.

This concept aims to design an IOT based trashcan will automatically and continuously intimate the status of the trashcan to the Municipality.The municipality workers get the notification and they can locate the area remove the garbage pin replace the new one.

When the waste is filled the sensor sensed the signal is passed to the controller and then to the Raspberry module.In ESP2866 is connected with the Raspberry,the signal from the raspberry internet is connected via mobile or wifi in the area so the data is transmitted to the cloud server the message is sent to the mobile application of the Municipality nearby or the worker of the particular area workers.

Televisions use an infrared detector to interpret the signals sent from a remote control. The key benefits of infrared sensors include their low power requirements, their simple circuitry and their portable features.